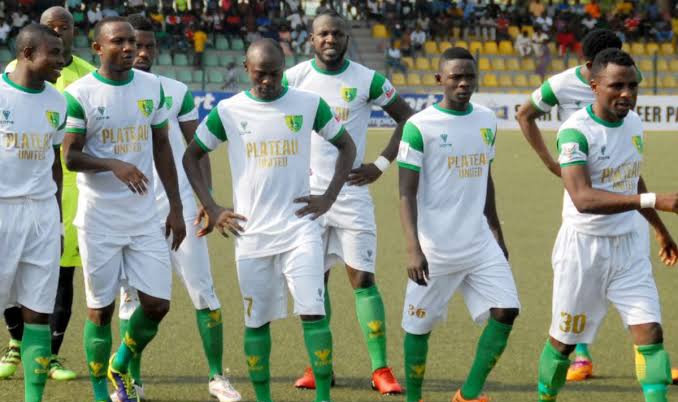 The club, in the 2016-17 season, lifted their first ever Nigerian topflight title after an exciting run in the league.

Lalong, at an event where he hosted the team, happily announced to give atotal sum of N80m to the team, with each player entitled to N1.5m and the technical adviser, N2.5m and the Technical Director, N2.7m.

Three years have passed since the promise and one of the players spoke to CSN, revealing that the money had not been paid.

“We’ve waited for this long, but the money isn’t forthcoming. Now, by the grace of God, we’ve won the trophy again,” said a player whose name was withheld.

Plateau United finished at the top of the Nigerian league this season, although the clubs unanimously agreed to end the seaon prematurely due to the coronavirus pandemic.

Governor Lalong has since congratulated the club for finishing top of the 2019/2020 NPFL.

Consequently, Plateau United and Enyimba will represent Nigeria in the 2020/2021 CAF Champions League, while Rivers United and Kano Pillars will fly Nigeria’s flag in the second-tier, CAF Confederation Cup.

Afe Babalola cautions against cancellation of WASSCE, says it could lead to criminality