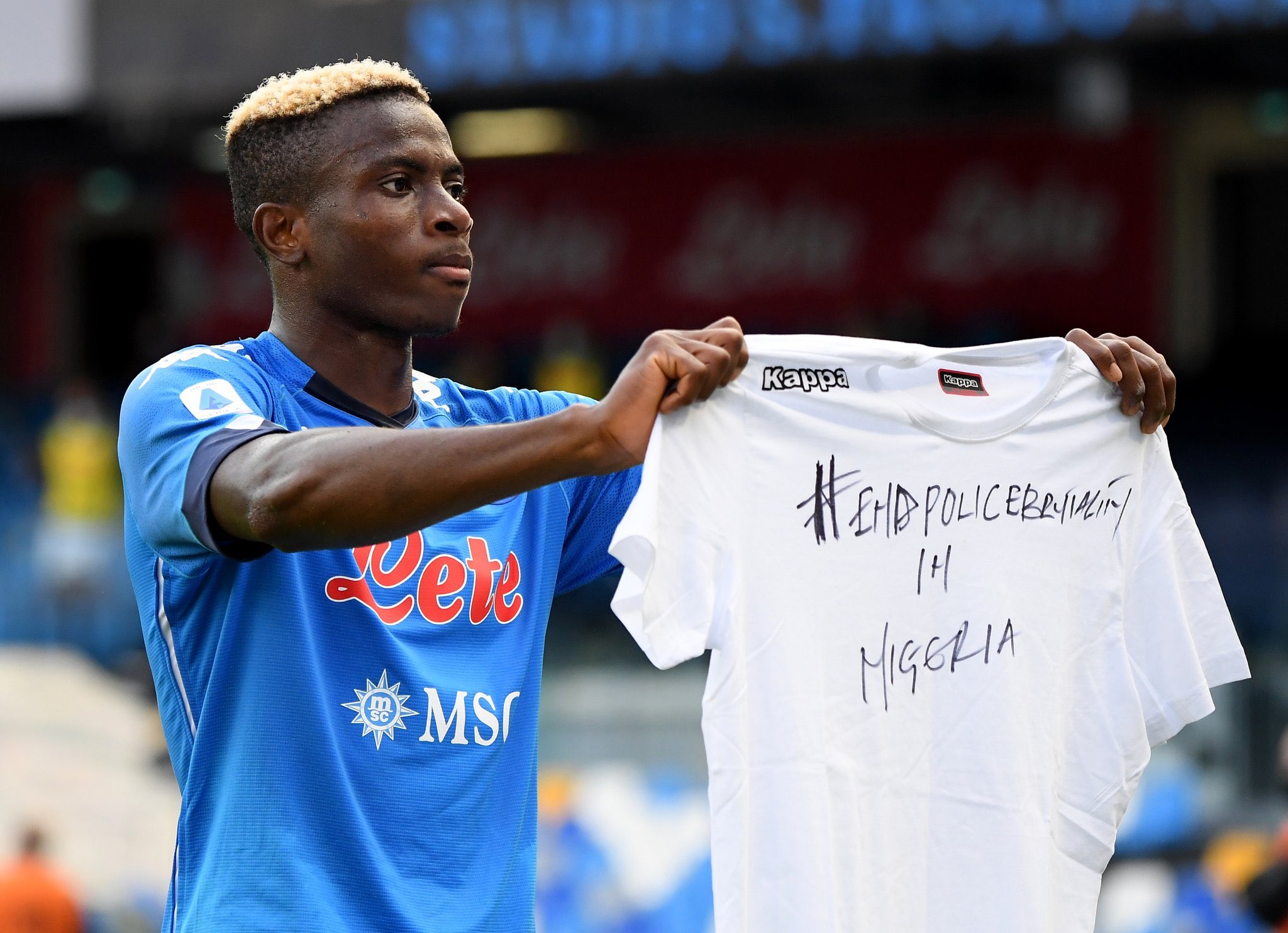 Super Eagles forward, Victor Osimhen says he is now convinced he can achieve all that he dseires having accomplished things he thought were impossible.

The 21-year-old netted his first Serie A goal with Napoli on Saturday in their 4-1 victory over Atalanta.

Osimhen moved to the Italian club at the start of the season, from French side Lille, where his goals and performances earned him the best player title.

Reacting on Twitter after his first Serie A goal, Osimhen said it was time to set some limitless goals having known better that nothing was impossible.

Osimhen scored 18 times last season and was one of the revelations of France’s curtailed campaign with 13 Ligue 1 goals as Lille finished fourth.

His start with Napoli saw him bag a hat-trick on two occasions during preseason friendlies.

Napoli finished seventh in Serie A last season but qualified for the Europa League after winning the Italian Cup, their first trophy in six years.

The club was docked one point after failing to show up for their October 4th encounter with Juventus, who were awarded a 3-0 win.

Related Topics:NapoliSuper EaglesVictor Osimhen
Up Next

Attempt to break #EndSARS protests with military will be disastrous, regrettable –Apostle Suleman