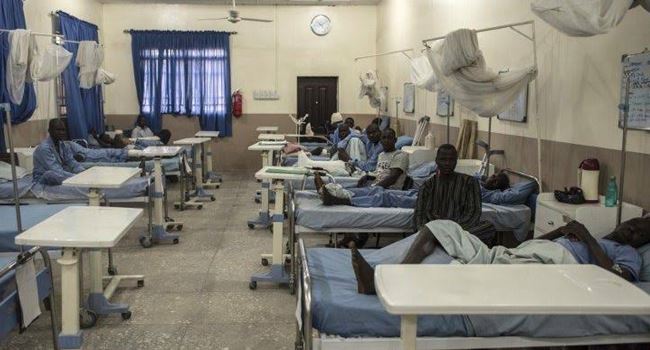 On January 21, 2019, the Nigeria Center for Disease Control (NCDC) declared an outbreak of Lassa fever in the country following an increase in the number of cases.

NCDC, established in 2011 is a health agency that responds to public health emergencies such as Ebola, Lassa Fever, etc.

Lassa fever, also known as Lassa haemorrhagic fever (LHF), is an animal-borne acute viral haemorrhagic illness, which is transmitted through direct contact with the blood, urine, or other bodily secretions of an infected person or exposure to the urine or faeces of infected rats.

It was discovered in 1969 and it is named after the town in where the first case occurred when two missionary nurses died in Borno state, Nigeria.

A recent study among healthcare workers in Edo State, suggested that in order to control the virus, adequate compliance to standard precautions and infection prevention and control (IPC) practices in healthcare should be prioritised.

A chief contributing factor to the transmission of the virus in hospitals is poor knowledge of infection control techniques on the part of the health worker, the research revealed.

Lassa fever is passed by the animal carrier “multimmate rat” which is common in this region.

According to the World Health Organisation (WHO), the viral illness has been reported in sixteen of the 36 states in Nigeria; Kano, Ondo, Ebonyi, Kwara, Benue, FCT, Kogi, Rivers, Nassarawa, Plateau, Taraba, Gombe, Anambra, Bauchi, Edo,

The increasing rate of the disease, and deaths among health workers, prompted NCDC to urge caregivers to adhere to standard precautions while attending to patients, and body fluids.

Ripples Nigeria brings to you a timeline of how Lassa Fever has affected a number of medical practitioners.

2012:  Three doctors and four nurses lost their lives as a result of the virus.

August 2015: According to the World Health Organisation (WHO), since August 2015, ten health workers have been infected, of which two passed on.

January 14, 2018: According to NCDC, four healthcare workers  in Ebonyi State were affected, of which three died.

January 19, 2018: A doctor with the Federal Medical Centre (FMC), Lokoja tested positive to the illness.

March 4, 2019: A number of ases were reported in Bauchi, Plateau, Edo, Ondo, and Ebonyi States. Sixteen health workers were affected, at least four of whom died, were diagnosed as of March 4, 2018.

April 2, 2018:  There was a report that a female resident doctor from Federal Medical Centre, Umuahia lost her life, in the line of duty.

February 2019: Head of NCDC, Chikwe Ihekweazu said that a total of 12 healthcare workers have been affected since the outbreak across seven states in the country; Edo, Ebonyi, Ondo, Bauchi, Enugu, Benue, and Rivers.

January 22, 2020: Kano State commissioner for health, Aminu Tsanyawa announced that two doctors and a health worker have died of the fever in the state.

January 26, 2020: A doctor in Jigawa was diagnosed. The doctor, Anthony Etim is a staff of Doctors without Borders.

January 29, 2020: Five health workers have been infected with Lassa Fever. Three of the five persons were from Kano and one from Taraba, the other from Borno state.