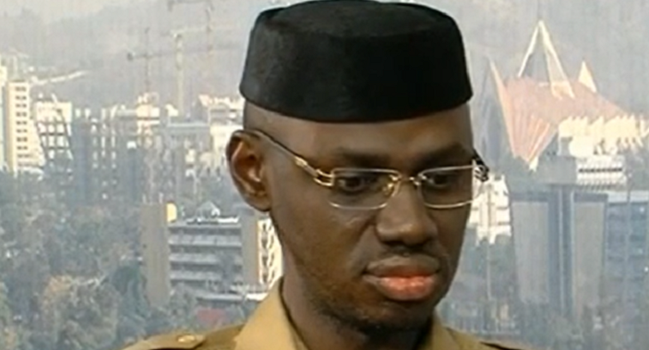 Frank had made this allegation before, claiming that Osinbajo used the alleged illegal money to campaign for the ruling APC before the elections.

Both the FIRS and Osinbajo had then denied the claim with the vice president even threatening to sue Frank.

But in a statement on Tuesday, Frank insisted that N90 billion was handed to Osinbajo by FIRS for the purpose of elections.

Noting that the claims only N40 billion got stolen from the FIRS was not true, Frank said the agency and Osinbajo have explanations to make to Nigerians and the world on what happened to the alleged missing fund.

“I don’t know where the report of N40 billion is coming from and I don’t actually have a connection with the PRNigeria who released the report but it is incumbent on me to state categorically that my position on the stolen N90 billion has not changed.

“I have waited patiently for either of the parties involved in the swindling of Nigeria taxpayers’ money to sue me but up till now, the shameless elements are still hiding under one finger.

“They threatened but could not live up to their own expectations. A media organization was forced to retract the report thinking it will end there but so many courageous media houses and social media ensured that the truth could not be hidden. I salute the courageous ones, even as history will never forget them in a hurry,” he said.

On APC denial of the purported missing money, Frank said, “It is a shame for the leadership of the APC to speak on this matter now having kept quiet since the revelation was made. Understandably the party is the beneficiary; it must do everything possible to divert public attention.”