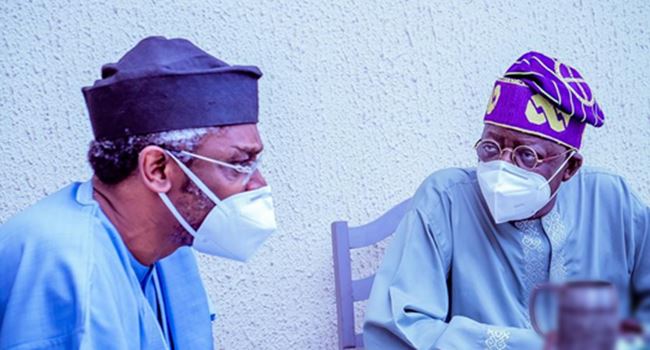 Former Lagos State governor and National Leader of the ruling All Progressives Congress (APC), Asiwaju Bola Ahmed Tinubu, Speaker of the House of Representatives, Femi Gbajabiamila and other prominent Yoruba leaders are set to meet in Lagos over the spate of agitations for a Yoruba Nation spearhead by self-styled activist, Sunday Igboho.

The meeting which is at the behest of former interim Chairman of the APC, Chief Bisi Akande, who made the announcement at a meeting with Yoruba elders on Monday, is meant to assess the situation and come up with a possible solution and a position on the secessionist agitations.

Though a date has not been fixed for the meeting, Ripples Nigeria gathered that the Yoruba elders are worried at the activities of Igboho and other proponents of the Oduduwa Republic who have refused to back down on their demands while carrying out rallies in several states in the South-West.

The meeting which is scheduled to hold at the Lagos House, Marina, according to Akande, is expected to examine the pros and cons of the agitations as well as take a position on the desirability of the Oduduwa Republic especially in the context of agitation for Yoruba presidency in 2023.

Those expected to attend the meeting apart from Tinubu and Gbajabiamila; APC National Leader, are the five South-West Governors, Babajide Sanwo-Olu of Lagos; Dapo Abiodun of Ogun; Gboyega Oyetola of Osun, Rotimi Akeredolu of Ondo and Kayode Fayemi of Ekiti, who is also the Chairman of the Nigerian Governors Forum (NGF).

Related Topics:#featuredGbajabiamilaTinubuYoruba nation
Up Next