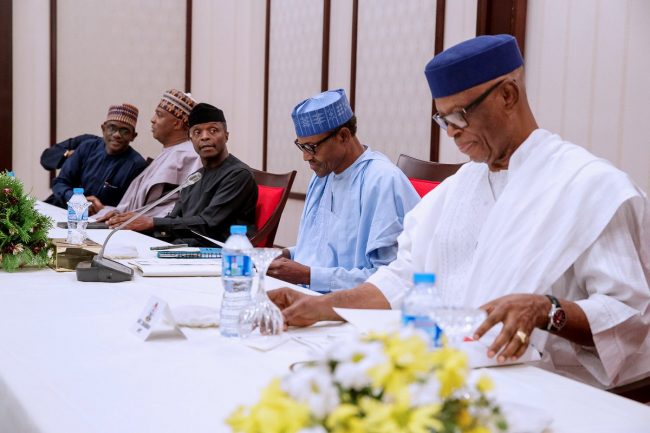 The national leader of the All Progressives Congress (APC), Bola Tinubu, was a major absentee on Monday as President Muhammadu Buhari hosted a meeting of the national caucus of the party.

The meeting, which began at about 8:20 p.m. was held inside the new Banquet Hall of the State House, Presidential Villa, Abuja.

The caucus meeting is preparatory to a meeting of the National Executive Committee (NEC) which is expected to hold at the party’s national secretariat in Abuja, Tuesday.

A similar caucus meeting was held on February 26 where a decision was taken to extend the tenure of both the national and state officials, triggering controversy and a backlash that forced party officials to backtrack.

At that meeting, Tinubu had reportedly kicked against the idea of tenure extension for the party, executives insisting that congresses should hold where new set of leaders should be elected by party members.

The NEC, however, had rejected the stance of the former Lagos State governor, who was earlier appointed by Buhari to head a reconciliation committee for resolution of internal party conflicts.

Read also: ‘Nigeria’s journey in the last 3 years has been a very turbulent one’- Buhari

No official reason was given for Tinubu’s absence at Monday’s meeting.

In the last meeting, Senate President Bukola Saraki had been absent, prompting speculations that it might not be unconnected with his reported strained relations with some members of the executive and some party officials.

But Saraki dismissed the insinuations in a statement in which he cited clashing schedules as the cause of his absence.

Also in attendance were the Secretary to the Government of the Federation (SGF), Boss Mustapha, former and serving governors as well as top party stalwarts and officials. 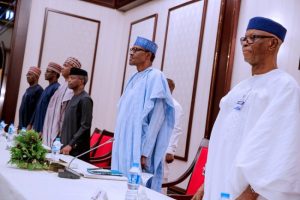 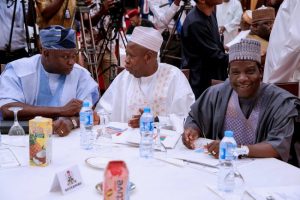 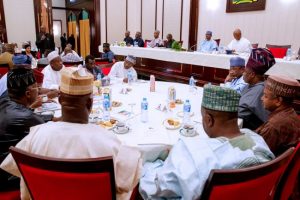