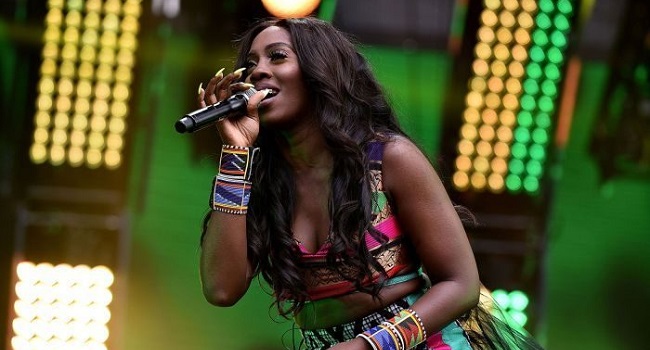 Supreme Mavin Dynasty (SMD) songstress Tiwa Savage got a rough deal when she visited a beach on Lagos Island with her friends.

According to the mother of one who went on a trip to the said beach to lap the sun with her close friends, things got awry as she nearly escaped mob attack when she was about leaving the fun spot.

The singer shared her experience on Insta story when she wrote thus;

“IT’S ALL LOVE, BUT IT GOT A BIT CRAZY YESTERDAY DAMN.

Her experience comes after reports made the rounds that she has all but decided to leave Mavin records and hours after she was slammed with a N200 million suit by Danny Young for copyright theft.