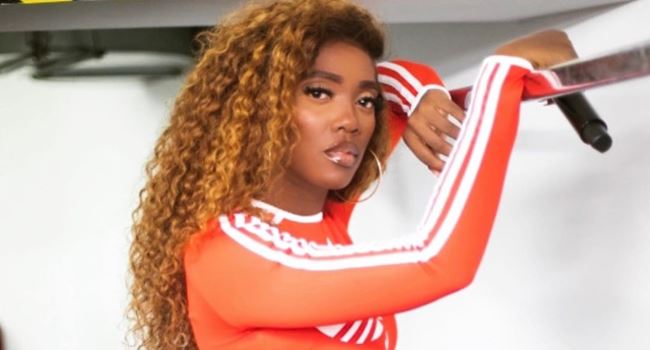 The mother of one who was definitely in a good mood posted a picture of herself on Instagram sitting pretty while she was laughing at a joke told by an unidentified man at an upscale hangout.

Tiwa tagged the picture post with this message; “When he gives me that quality attention”.

The post has sent Instagram on an overdrive with many summing up that Tiwa Savage may have just found love again, after parting ways with her former husband Teebillz.

This is not the first time the ‘Kele Kele Love’ crooner has sparked such rumours as she did in 2018 after she shared a romantic message with fellow colleague and rapper Ruggedman on Snapchat which suggested that the pair may be seeing each other.

Tiwa sent tongues wagging when she shared a post on the social media platform thanking the veteran rapper for a good time after a cosy dinner for her birthday celebration.

“Thanks for my birthday dinner Ruggedybaba You are sooooo sweet,” Tiwa wrote on Snapchat.

Recall that Tiwa Savage and her former husband; Teebillz got a divorce in March, 2018, after the pair cited unsolvable issues as the reason for their decision to part ways after four years of marriage.

Cracks started to appear in their union in 2016 when Teebillz posted disturbing messages on Instagram claiming he can no longer bottle up his emotions as things are not well with his marriage to Tiwa Savage.

Related Topics:RuggedmanTeebillzTiwa Savage
Up Next