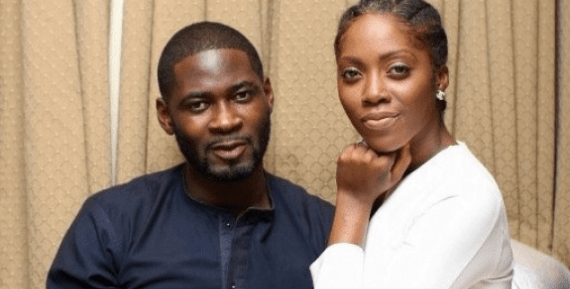 The reconciliation moves by Tiwa Savage and Teebillz to save their marriage may have failed after all with insiders claiming that the pair have decided to go their separate ways after allegedly filing for a divorce.

Sources cite unsolvable issues as the reason for their decision to go their separate ways after four years of marriage, with Teebillz reported to have quietly relocated to America.

Recall that Teebillz had in the past hinted to his fans on social media about having a second chance at his marriage but all that seems to have come to nothing even as Tiwa is yet to release an official statement over the recent development.

Cracks started to appear in their union in 2016 when Teebillz posted disturbing messages on Instagram claiming he can no longer bottle up his emotions as things are not well with his marriage.

He further made his marital issues public when he surprisingly attempted to jump into the Third Mainland Bridge and also called Tiwa and her family unprintable names on social media.