Former First Lady of the Supreme Mavin Dynasty (SMD), Tiwa Savage who has now secured an international recording deal with Universal Music Group has threatened to expose companies owing her millions of naira in cash.

The mother of one took to her Instastory page threatening to call out the companies to pay up her monies owed, noting that if she is not credited in good time, she will spoil for trouble.

In the message posted on social media, the singer says she is aware about how much companies generated in revenues by associating her with their brands and as such have a duty to pay her.

Tiwa Savage in the cryptic message also mentioned the name of Lagos State Governor as it is not clear if she is being owed by the campaign team of the incumbent government while using the catchy phrase to request that money owed her be paid.

She wrote; “I might have to call out these companies that owe me millions. If you no get, say you no get… no dey use style yan something else. I know how much revenue my brand has generated your brand, don’t even try it. You better San wo Olu. Na we get Lagos ooo check the contract.” 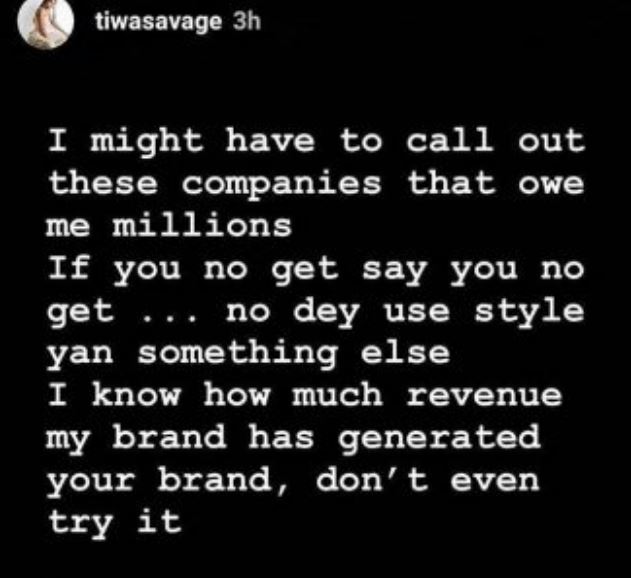