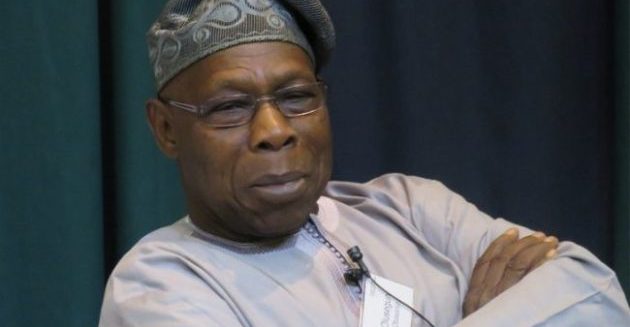 In its project to make sure that President Muhammadu Buhari is not re-elected, the pressure group founded by former President Olusegun Obasanjo, the Coalition for Nigerian Movement (CNM), has fused into the African Democratic Congress (ADC).

A co-convener of CNM, Prince Olagunsoye Oyinlola, made the announcement during a world press conference in Abuja on Thursday, adding that Nigerians should expect more from the group in the coming days and weeks.

Upon its formation, CNM had vowed to ensure power is wrestled from the ruling All Progressive Congress (APC) in 2019, and that Peoples Democratic Party (PDP) is never allowed to return to power.

Oyinlola explained that the CNM decision to move to ADC was sequel to the progressive essence of the party and its untainted existence on the terrain of the nation’s politics.

“We have said it before and we are stating it here again that the current state of despair and despondency in our dear country is an ill wind. It is foreboding and can only lead to a conflagration. Between January when CNM was formed and now, can we say that the story of Nigeria has changed for the better? Have things not worsened at all levels?

“The Coalition for Nigeria Movement, CNM, was formed by some of us across the country as a political platform to create a new generation of leaders for our country.

“Between that time and today, a lot of grounds have been covered in achieving the set goals. One of such is what we are doing here today – the formal fusing of – our movement into the African Democratic Congress.

“Beyond what we are doing here today, we put our countrymen and women, old and young, on notice that they should expect more from us; that they should expect deepened political engagements across platforms in the coming days and weeks. In other words, this is just the first in a multi layered action plan to give back the country to its much deprived people.

“As we stated in January during the launch of the CNM, we are taking on this task not minding the inconveniences and other expected and unexpected consequences of our efforts at reinventing the country.

“We admit that structural inadequacies and failure of leadership have robbed our country of greatness. We also note that a future of greatness for Nigeria will only be birthed by a new generation of youthful leaders with fresh ideas and knowledge of what it takes to govern a 21st century nation.

“This gathering here today is a proof that the modest efforts at waking up the vast majority of our people to for once, take their destiny in their hands as demanded by the constitution are bearing fruits already. Our constitution guarantees all Nigerians their fundamental human rights, including freedom of association and the right to hold political views.

“The decision to move in to African Democratic Congress therefore, is an appreciation of the progressive essence of the party and its untainted existence on the terrain of our nation’s politics.

“While I on behalf of the leadership and the over three million members of the CNM congratulate ADC as the vehicle for national reinvention, I urge us to let us know that the task ahead is an arduous one that needs further strengthening of the forces of change. What I am saying is that we should be open to new engagements and alliances being forged and crystallizing across the country,” Oyinlola said.