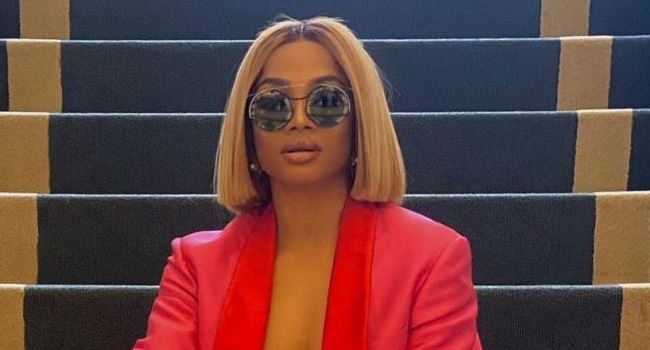 Media personality, Toke Makinwa has told men why women go under the knife to fix their body; she claims that it is not for the male gender, instead they augment their body to look beautiful and appreciate themselves more.

Toke Makinwa published a lengthy thread on Twitter where she educated men about surgeries and liposuction.

She told men to desist from the notion that women try hard to impress them. Instead, she said women go under the knife to get the body that they desire.

READ ALSO: I’m not keen at being a role model to anyone –Toke Makinwa

“Overhead a couple of guys talking about women and cosmetic surgery, dear men, I know you love to think that the whole existence of a woman is to pursue you or try to live for you but pls take this from me, women are doing things to look good for themselves, it ain’t about you,” she tweeted.

“That boob job is not for you, maybe she loves how her boobs look in cloths, that liposuction??? She wasn’t thinking of a man, she probably got tired of fighting fat that won’t shift. Women look good for themselves and not to impress men.”

Toke Makinwa has been one of the primary advocates for cosmetic surgery in Nigeria. She has come out to reveal on several occasions that she has gone under the knife.

Ka3na hits back at celebrities criticizing her tattoo comments