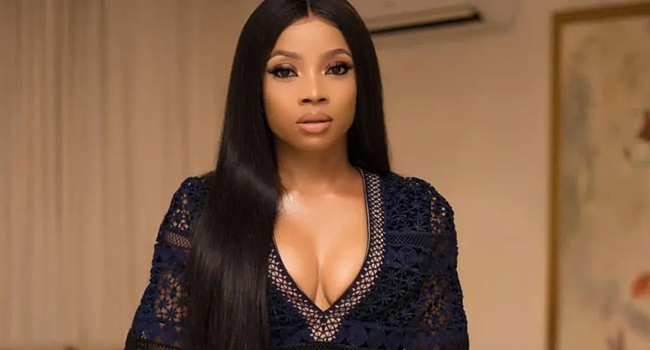 Nigerian media personality, Toke Makinwa, on Wednesday slammed movie producer, Yomi Fabiyi, for defending his colleague, Olanrewaju James, aka Baba Ijesha, who has been accused of sexually molesting a 14-year-old girl in the Yaba area of Lagos.

The media personally said she has lost every respect for him.

Makinwa was reacting to the altercation between another Nollywood star, Iyabo Ojo, and the movie producer on the arrest of Baba Ijesha for alleged child defilement by the police.

She wrote: ”Yomi Fabiyi is a disgrace and one of the reasons why the fight against sexual violence gets harder by the day. You want to see a video first even when you know she is a minor? Even after you heard he confessed? What is wrong with the world???

“Anyone asking for video evidence first is part of the problem, ask yourself why you want to watch a video of a child being sexually molested, what does that do for you? Why do you even want to see a video of a minor being molested before you believe them? Stop questioning victims

“Stop shaming victims of abuse, stop trying to analytically understand their statements, you clearly heard the child was failing in school, her brothers complained of a change in her behavior pattern, you think they made all that up???? You must be sick too.”