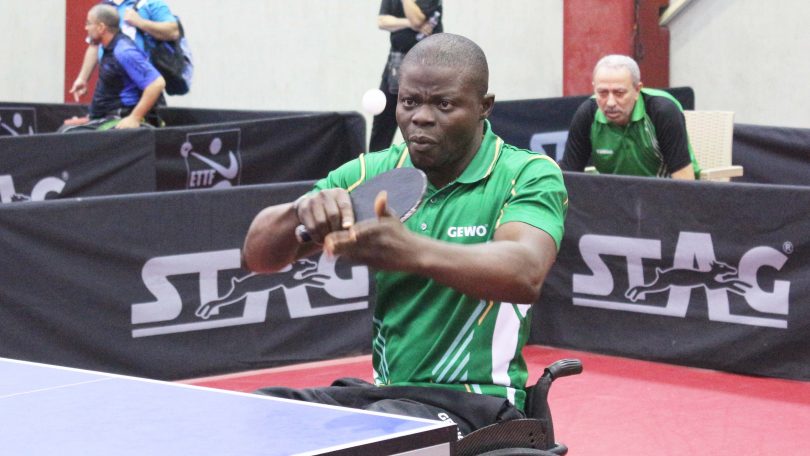 Isau Ogunkunle and Faith Obiora have been confirmed to compete in table tennis events of the Tokyo Paralympic Games billed to hold in 2021.

The Nigerian duo were confirmed among the list of players that qualified based on their world ranking by the International Table Tennis Federation (ITTF).

Ogunkunle and Obiora, who both finished second in Egypt, have now secured slots after the ITTF considered their world rankings.

Coach Sunday Odebode, who led the team in Egypt in 2019, had this to say about the qualification:

“I am confident that with more support for para table tennis, Nigeria has the capacity to sweep medals in the event because we have the quality players that can rival any team in the world. I hope and believe we can return home with medals from Tokyo.”

Nigeria will be among the 40 countries expected to compete in the table tennis event of the Paralympic Games next year.