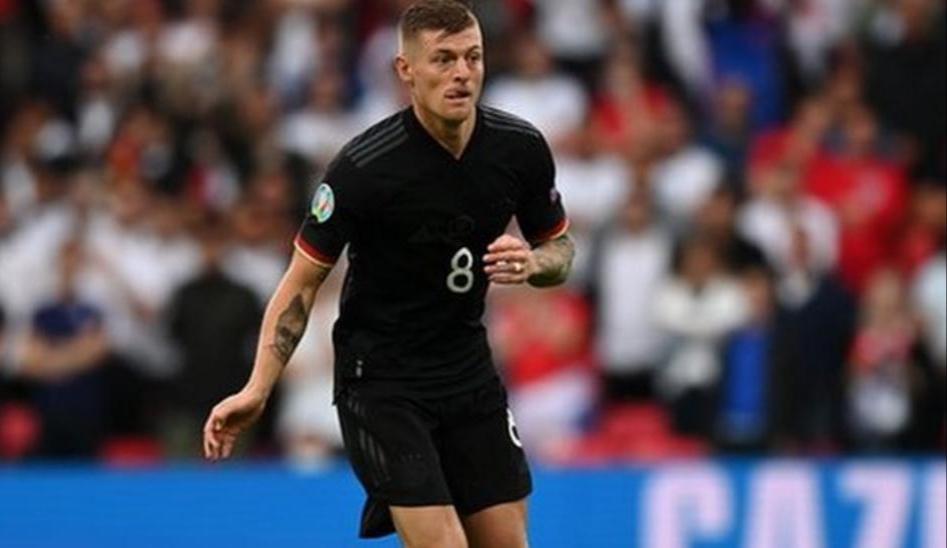 Germany midfielder, Toni Kroos has on Friday announced his retirement from international football.

His decision comes after the German national team were knocked out of the Euro 2020 this week after a 2-0 round of 16 defeat to England.

The 31-year-old Real Madrid star won the first of his 106 caps for Germany in 2010 and was part of the national team side that lifted the 2014 World Cup.

“I have played 106 times for Germany. There will not be another time,” Kroos wrote on Twitter.

“I had already made the decision to retire after this tournament for some time. It had been clear to me for a while that I will not be available for the World Cup 2022 in Qatar.”

In addition to the World Cup triumph, Kroos was part of the Germany teams that finished third at the 2010 World Cup and reached the semi-finals of Euro 2012.

Kroos said he now wanted to “focus fully on my goals with Real Madrid for the next few years” as well as spending more time with his family.