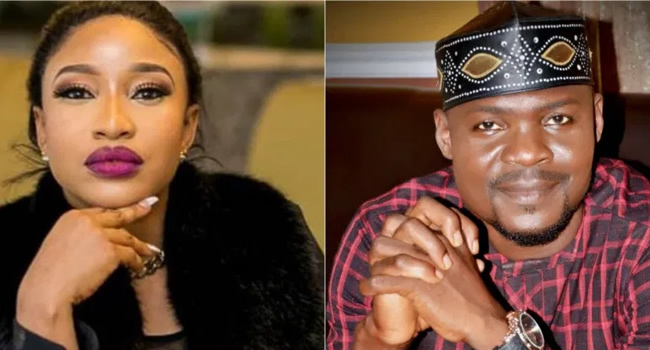 Nollywood actress, Tonto Dikeh has revealed that she is prepared to see alleged pedophile, Baba Ijesha end up behind bars.

Ripples Nigeria had reported that embattled Nollywood actor, Baba Ijesha real name Olarenwaju Omiyinka may be released on Friday, April 30. According to a police source, the CCTV footage in their possession does not depict the actor molesting the young girl, hence, there is not enough evidence to charge him to court.

The actress, Tonto who has been outspoken since the allegations were levelled against Baba Ijesha one week ago joined Iyabo Ojo in resisting any attempt by the police to release the alleged paedophile, Ijesha.

Dikeh, on her Instagram, stated that the release of Baba Ijesha will translate to war.

Here is what she threatened on IG;

“I knew this would happen.

Hence I have been pursuing for this case to be transferred to Abuja.

I don’t mind taking care of the accommodation, security and transportation for the victim’s team.

I said it, this is war because of my inside knowledge of this case. It’s really going to be a war,” Tonto wrote.