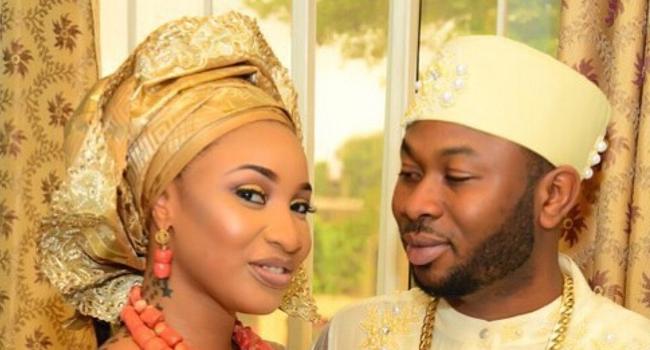 Olakunle Churchill, the estranged husband of Nollywood actress, Tonto Dikeh has taken to social media platform, Instagram to shade his former wife for calling him a 40 seconds man.

The father of one had shared a video of himself taking part in the #stayathomechallenge which is being done by footballers around the world to curtail the spread of the deadly coronavirus also known as COVID-19.

Moments after posting the video on Instagram, many of his followers were surprised by his soccer prowess in the video, while others jokingly said they doubted he was a ’40 seconds man’ in bed as previously claimed by his ex-wife, Tonto Dikeh.

“And dem go say Baba no fit do pass 40 seconds, Baby still fit ooo,’ one of his followers wrote on Instagram.

Olakunle Churchill however made light of the comment by his fan on Instagram when he wrote thus; “No mind yeye talk joh, before na my King Kong, My Mr X, after separation Mr.X no be MR X again, MY King Kong turns 40 secs man.”

Recall in 2019 that Tonto Dikeh sent social media on an overdrive when she claimed in an interview with Daddy Freeze of Cool FM, that “the father of her son suffers from premature ejaculation and only lasts for “40 seconds.”

The actress at the time said that she made her ex-husband’s inabilities public because he first accused her of being on hard drugs.