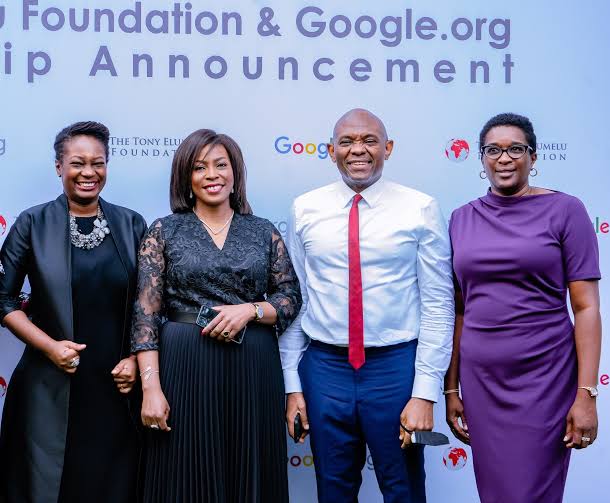 This line-up of stories will help you discover the latest happenings around the tech world, today.
1. Tony Elumelu Foundation partners Google to support African entrepreneurs

The Tony Elumelu Foundation (TEF) has partnered Google to launch Google.org Fellowship.
The initiative seeks to provide one million additional Africans with access to the TEFConnect platform, offering entrepreneurs access to tailored tools, market partnerships, coaches and investors.
Described as the first Google.org Fellowship in Africa, the partnership will see nine full-time Google employees, including software engineers, UI/UX researchers, and policy experts, work with the foundation to design and build an upgraded version of the TEFConnect platform.
Before the partnership, TEFConnect was already home to over one million African entrepreneurs.
Speaking on the development, co-founder of the Tony Elumelu Foundation, Dr Awele V Elumelu expressed excitement over the decision of Google to join the initiative, citing how the partnership will broaden the scope of the foundation.
“We are pleased to continue to share our unique ability and platform to identify, train, mentor and fund young entrepreneurs across Africa with like-minded institutions like Google.org who share in our commitment to empower young African entrepreneurs,” he said.
“It will be exciting to see the ways in which the refreshed TEFConnect platform will continue to provide a space for growth, personal development, and meaningful exchange for African entrepreneurs,” he added.
READ ALSO: Google celebrates Nigerian Potter, Ladi Kwali, on Doodle. 2 other things and a trivia
Tech Trivia: The visual appearance of an app is also called what?
A UI
B I/O
C A/V
D XD
Answer: See end of post
2. Egypt’s banks partner Global Ventures to accelerate startups

Egypt’s largest national banks have partnered with Global Ventures, a leading MEA-focused venture capital firm, to launch fintech-focused investment fund Nclude.
The banks, according to local media, include Banque Misr, National Bank of Egypt, and Banque du Caire.
Targeted at accelerating startups, the fund is an implementation of the country’s strategic vision to support young innovators.
The fund, Nclude, is expected to focus on accelerating fintech innovation and driving financial inclusion.
An initial US$85 million investment was led by Banque Misr as an anchor investor where National Bank of Egypt and Banque du Caire featured as strategic investors.
In addition, other investors include eFinance Investment Group and Egyptian Banks Company.
Trivia Answer: User Interface
A user interface, also called a “UI” or simply an “interface,” is the means in which a person controls a software application or hardware device.
A good user interface provides a “user-friendly” experience, allowing the user to interact with the software or hardware in a natural and intuitive way.

Nigeria’s Simplifyd closes $500k pre-seed. 1 other thing and a trivia