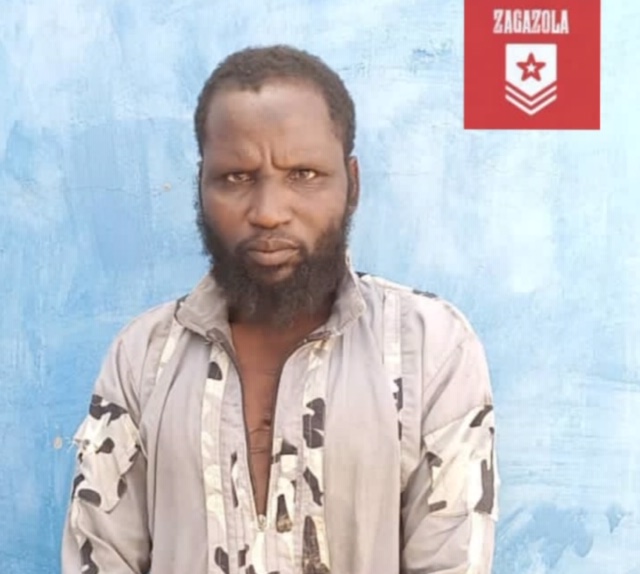 A top commander of the Islamic State of West African Province (ISWAP), identified as Musa Mani, has reportedly surrendered to troops of Multi National Joint Task Force (MNJTF), following sustained intensified joint operations in the fringes of the Lake Chad.

This was disclosed by the Chief of Military Public Information of the MNJTF N’Djamena, Chad, Lt. Col. Kamarudeen Adegoke, in a statement on Saturday while briefing journalists on the activities of the MNJTF troops on Maiduguri.

Adekoge said the 43-year-old Mani, a native of Diffa in Niger Republic, surrendered to troops of Task Force in Damasak and Malam Fatori during the week alongside some of his loyalists.

The statement noted that Mani, a Commander of the Hisbah Militant, the group’s civil police, was incharge of supervising activities of the insurgents with a view to ensuring right conducts amongst its members.

He was also said to be in control of the militant group’s logistics supplies, tax and levies being paid by fishermen and farmers in the Lake Chad.

“The suspect, alongside some of his loyalists, surrendered to troops of the MNJTF during the week due to sustained bombardments of his location and sustained offensive on the fringes of the Lake Chad Basin.

“He confessed that the ongoing offensive by troops of Operation Hadin Kai and Operation Lake Sani made him to escape and surrender.

“The suspects told troops that dozens of fighters had died while many have escaped due to the fear of being killed,” the statement said.

Southern Kaduna Christian leaders decry state of siege, call on government to come to their aid