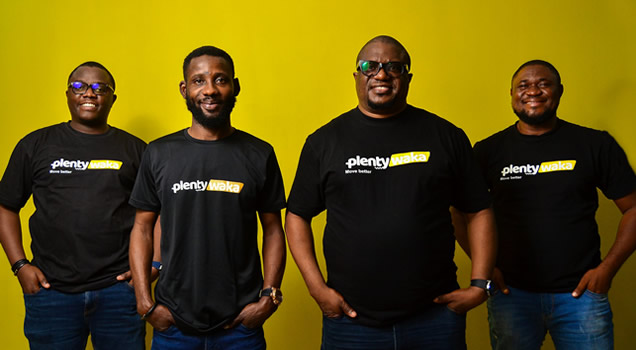 The selection sees the startup securing US$120,000 in the process as it sets its sights on global expansion.

Operating in Lagos, Plentywaka is a bus-hailing solution that allows commuters to book and pay for trips in real-time.

Reports noted that the startup has seen substantial growth over the last year, completing about 300,000 rides and also launching a B2C logistics platform.

Tech Trivia: Who is the first female computer programmer?

Nomanini, a South African fintech startup has announced raising a new round of funding worth US$1.5 million.

The new round comes from new and existing investors to grow its team, invest in product development and scale its offering.

According to reports, Nomanini has developed a platform that enables informal merchants and micro-entrepreneurs in emerging markets to distribute digital goods such as airtime and prepaid electricity.

Today, 11 years later after launch, the startup offers micro-loans to merchants and operates in markets such as Ghana and Mozambique.

Also, it has raised a US$4 million funding round led by Standard Bank, and completed by Goodwell Investments, an Amsterdam-based investment firm, in 2019.

Mentorship and incubation programme for African creatives in innovative and digital content has opened applications for the fifth edition of Digital Lab Africa.

Five years old Digital Lab Africa is an initiative of the French Institute and the French Embassy in South Africa.

The initiative is managed by the Johannesburg-based innovation hub Tshimologong Digital Innovation Precinct.

The first programme was dedicated to creative content such as immersive realities, video games, animation, music, and digital art linked with innovation in Africa.

Leading the narrative of optimising startup idea, Digital Lab Africa incubates emerging talent by offering them a springboard to fast-track their project development.

London-born Ada Lovelace (1815–1852) had a passion and gift for mathematics from a young age. She is credited with being the world’s first computer programmer, as she drafted plans for how a machine called the Analytical Engine could perform computations.

The machine, invented by her friend, mathematician and inventor Charles Babbage, is considered to be the first general computer. Lovelace detailed applications for the Analytical Engine that relate to how computers are used today.

Related Topics:nigerianPlentywakaTechstarToronto accelerator
Up Next