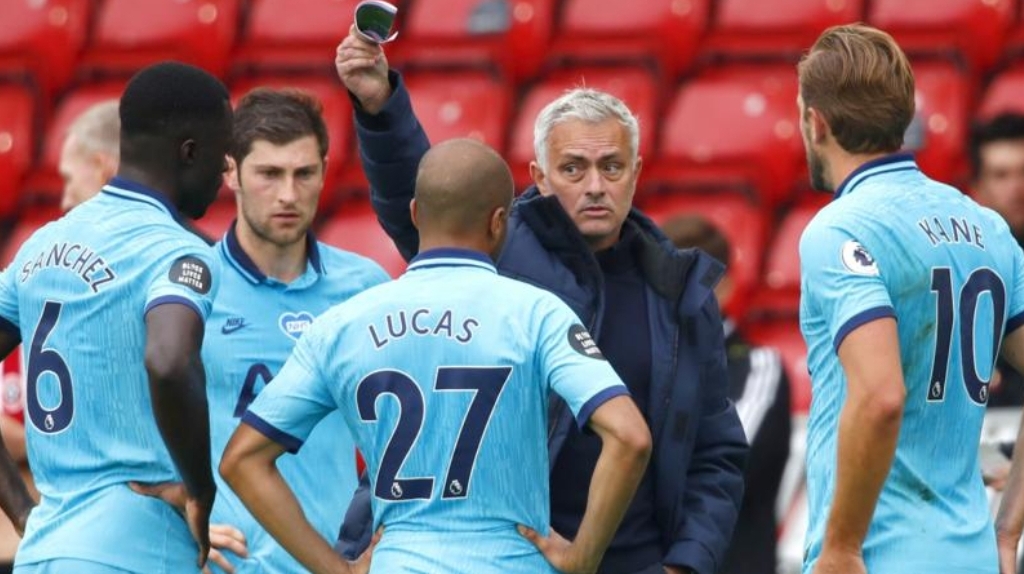 Jose Mourinho and his entire coaching staff have been sacked by Tottenham Hotspur after 17 months in charge at the Premier League club.

Mourinho, who replaced Mauricio Pochettino as Spurs manager in November 2019, guided the club to sixth in the Premier League last season.

They are currently seventh in the league after 32 games, with Mourinho’s last game in charge being their 2-2 league draw at Everton on Friday.

With all senior team’s coaching staff gone, Ryan Mason, who has been working with the club’s academy, will take charge of first-team training, according to the club.

“Jose and his coaching staff have been with us through some of our most challenging times as a club,” said Tottenham chairman Daniel Levy.

“On a personal level I have enjoyed working with him and regret that things have not worked out as we both had envisaged.

“He will always be welcome here and we should like to thank him and his coaching staff for their contribution,” he added.

Spurs are billed to face Manchester City in the Carabao Cup final on 25 April, as they look to win their first major trophy in 13 years.