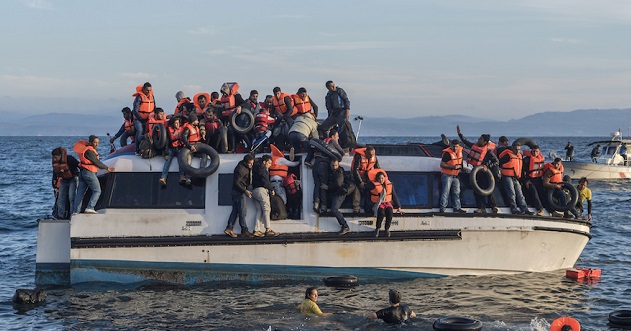 A report by aid agency Medecins Sans Frontieres (MSF, also known as Doctors Without Borders) has revealed that no less than a hundred migrants including 20 children died in early September when their rubber boats were wrecked off the coast of Libya.

In a statement by MSF, quoting a survivor, a pair of twins about 17 months old, as well as their parents were among the fatalities who lost their lives embarking on the risky journey of crossing the Mediterranean Sea.

The fatalities, including the drowning of at least 20 children, occurred after one boat’s engine failed and another vessel began to deflate.

Some survived by clinging to floating wreckage. Many people were brought to the Libyan port of Khoms on September 2 by the Libyan coastguard, MSF said.

“While the first boat had stopped due to an engine failure, our boat continued to navigate and began deflating around 1pm. There were 165 adults and 20 children on board,” a survivor told MSF.

The survivor said that at the time of the incident, mobile phone navigation showed the people were not far from the coast of Malta.

They reportedly sought help from the Italian coastguard, but the boat started sinking before assistance arrived.

“We couldn’t swim and only a few people had life jackets. Those among us who could hold on the boat’s floating hood stayed alive,” the survivor said.

Related Topics:100 migrants drownMigrantsNigerian newspapersripples nigeriaTragedy as 100 migrants including 20 children drown in shipwreck off Libya's coast
Up Next