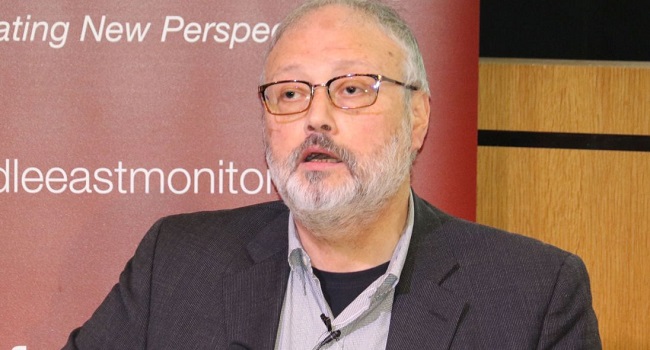 The trial of no fewer than 20 Saudi nationals, who have been indicted over the killing of Washington Post journalist, Jamal Khashoggi, has opened in a court in Turkey where he was murdered.

Reports say that the trial of the Saudi suspects who killed Khashoggi, 59, began at Istanbul province’s main court in Caglayan district at 10am local time (07:00 GMT) on Friday.

According to the indictment, Saudi Arabia’s former deputy intelligence chief Ahmed al-Assiri is accused of establishing a hit team and planning the murder of the journalist, who wrote critically of the Saudi government.

Reacting to the trial, Andrew Gardner, a senior Turkey researcher of UK-based Amnesty International, said that the trial would shed light on new evidence and also interrogate the evidence already available.

“This trial and other efforts by the Turkish authorities have been important in keeping the murder in the spotlight, not allowing it to be forgotten,” Gardner told Al Jazeera from Istanbul.

“This trial is not replacement for a UN-led international investigation. Hopefully it will be just another stepping stone on the road to ensuring such a probe takes place. And in that sense it is incredibly valuable,” he added.

The five people had been sentenced to death and three more to jail terms totaling 24 years.