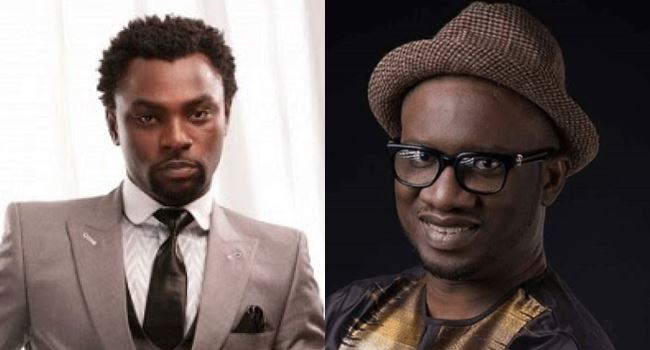 The social media space is heated up at the moment after Media personality, Emma Ugolee and singer Etcetera started a conversation about tribalism in the Nigerian entertainment nay music industry.

The pair who had an exchange on Instagram both summed up that most of the top artists who get most of the buzz are from the southwest, despite the fact that there are artists from other parts of Nigeria doing great music.

Emma Ugolee in his remarks on Instagram said that the wide spread representation touches a thought that has been disquieting in him for a while and he also asked rhetorically if it was a coincidence that the top 10 (if not 15) music acts are from the southwest?

He wrote on Instagram; “Nigeria’s music treasure is so vast and rich. Great musical tradition from Victor Olaiya, Rex Lawson, Ebenezer Obey, Oliver De Coque, Osita Osadebe, Peacocks international, Oriental brothers before you even talk about Fela, Sonny Okosun, Ksa, Nelly Uchendu, Onyeka, Ras Kimono, Mandators and so many others, the Nigerian discography is rich and varied with a lot of unique genres, it’s a national treasure says my friend Obi Asika

“Without any intention to stir up a hornet’s nest, this wide spread representation touches a thought that has been disquieting in me for a while now.

“Is it a coincidence that the top 10 (if not 15) music acts are from the southwest? Or is there more to it?

“I ask this absolutely free of any bias and no streak at all of tribalism. I truly just would like to know.

“I have tried to explain it with the Lagos hub influence but Lagos was still the place to go to (in an era I witnessed) when it was okay for a Zoolezoo to come on top the charts from Makurdi. When a Flavornabania could become the the biggest Nigerian act from Enugu, Jeremiah Gyang doing the same from Jos, Duncan Mighty & Timaya killing all the Lagos shows from PH city. Rymzo and Kaha from Benin; Age Beeka, Style & 6foot plus from ABJ. Nigga Raw Abia!!

“The story is not the same at all. Traffic has significantly slowed down in the last 10years. Has the inroad into national limelight via Lagos been shut down?

“The problem isn’t coming to Lagos anymore; it’s being accepted by Lagos. Seems like the open arms have been folded

“Why is Erigga not a hip hop household name in Lagos? Was rap music from the middle belt and north produced only from the era of Swatroot & did it end with MI & Icepeince?

“Do the media still show the same unbiased love we used to? Do music awards go to non-Lagos acts?

“I speak not of a handful of exceptions. On a Grand National scale as it used too, the question is …IS NIGERIA STILL represented IN SOUND, LANGUAGE AND MELODY OF MAINSTREAM MUSIC?

“I ask this absolutely free of any bias and no streak at all of tribalism. I truly just would like to know,” Ema Ugolee added.

In his reply to the message posted by Emma Ugolee, singer Etcetera said that artistes like Tuface, Omawunmi, Flavour, Phyno, Waje, MI, Duncan Mighty, and Timaya are all great artistes, yet, they “do not get as much buzz and recognition as the artists from the southwest.”

Etcetera added that: “We all know that this SHAM some call Entertainment Industry in Nigeria today (Lagos in particular) is now SOAKED in TRIBALISM.”