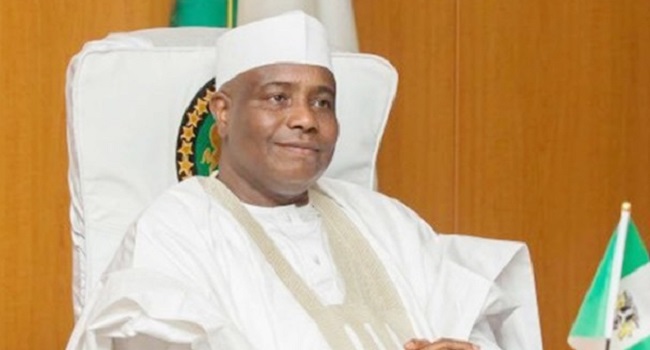 The Sokoto State chapter of the All Progressive Congress (APC), has described the election tribunal ruling which affirmed Governor Aminu Tambuwal as the rightful winner of the re-run election staged on March 23, as unfair.

The APC in a statement issued on Thursday said it will explore all available legal means to reclaim its stolen mandate and also called on its members across the state to remain calm and peaceful.

According to the state chairman, Isa Acida, the party’s lawyers are studying details of the judgement with a view to filing an appeal at the appropriate court of law.

He said; “Sokoto State chapter of the APC wishes to state categorically that it rejects the ruling. We believe that the judgement has turned justice on its head. We remain committed to defending our interest at all times,” he said.

The petition by the APC and its governorship candidate, Ahmed Aliyu, was dismissed on Thursday by the three-man tribunal led by its Chairman, Justice Abbas Bawale for lacking in merit.

While ruling on the petition, the tribunal held that the petitioners had failed to establish their claims of non compliance to the Electoral Act and the issue of over voting in favour of Governor Tambuwal.

The tribunal also noted that the evidences of the petitioners’ witnesses especially witness number ten amounted to hearsay which could not prove any of the allegations.