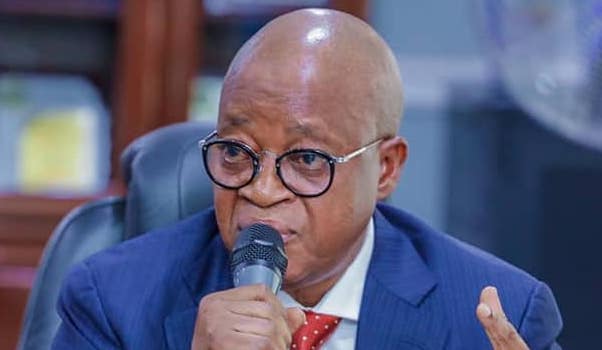 The Osun State Election Petition Tribunal on Monday gave the Osun State Governor, Gboyega Oyetola, and All Progressives Congress (APC) the go-ahead to tender documentary evidence on the July 16 governorship election in the state.

The petitioners are expected to tender the evidence at the panel’s next sitting slated for Tuesday.

Oyetola and his party are challenging the Independent National Electoral Commission (INEC)’s declaration of Ademola Adeleke of the Peoples Democratic Party (PDP) as the winner of the election.

At Monday’s sitting in Osogbo, the tribunal’s Chairman, Justice Tertsea Kume, also charged respondents to cross-check the list of documents to be tendered in order to make the process seamless.

Counsel to Oyetola and the APC, Chief Lateef Fagbemi (SAN), had earlier told the tribunal of his intention to tender some documentary evidence to prove alleged non-compliance with the Electoral Act in the election by INEC.

However, counsel to the PDP, Alex Izinyon (SAN), objected to the presentation of the documents.

He argued that the plan ran afoul of Paragraph 3 of the pre-hearing report which indicated that a list of witnesses should be filed 24 hours before the hearing.

Izinyon urged the court to dismiss the petition for failing to comply with the tribunal’s orders in line with the pre-hearing report.

Counsel to INEC, Prof. Paul Ananaba (SAN), aligned himself with Iziyon’s argument and said the attempt by the APC to tender the documents violated the tribunal’s order and the petition should be dismissed.

In his arguments, Mr. Onyeachi Ikpeazu (SAN), counsel to Adeleke, said the petitioners ought to have allowed the respondents to have access to the documents earlier to cross-check them.

In a counter- argument, Fagbemi submitted that Paragraph 3 of the pre-hearing report being relied upon by PDP’s counsel did not refer to documentary evidence, but to the calling of witnesses.

He said: “My Lord, there can only be consequences if we have violated the order of the court; but in this case, we have not breached any order.

“Paragraph 3 refers only to the calling of witnesses and not to the tendering of documentary evidence.

“There is a difference between witnesses and documents. The issue of consequences does not arise at all because we have not violated anything.

“It is when we start calling witnesses without following your lordship’s order that they can raise issues. But I’m sure we are not going to breach the court order.

“Therefore, my Lord, we want to start by tendering of documents.”

Justice Kume subsequently asked the parties to discuss and agree on how the documents should be tendered in a seamless manner.

The parties later met and resolved that the documents could be tendered by the petitioners.