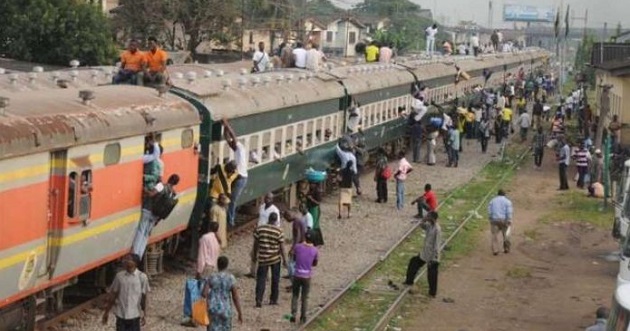 Not less than four persons were killed on Tuesday morning at 6:52 am after a train crushed a tricycle at Toyin in Iju Ishaga, a Lagos suburb, shortly after the train left Ike Aro.

It was gathered that the tricycle carrying passengers had attempted to cross the railway when it got trapped and was eventually crushed by the Abule-Egba bound train.

It was also gathered that while other motorists and passers-by stopped to give way for the train sighted from a distance, the tricyclist attempted a quick move but got trapped and was eventually ran over.

He stated that the remains of the dead had been deposited at the mortuary.

However, the Agency’s Response Team and other stakeholders, which included Lagos State Neighbourhood Safety Corps, Lagos State Ambulance Service (LASAMBUS), Nigeria Police Force NPF and the State Environmental Health Monitoring Unit (SEHMU) were at the scene to attend to the victims.