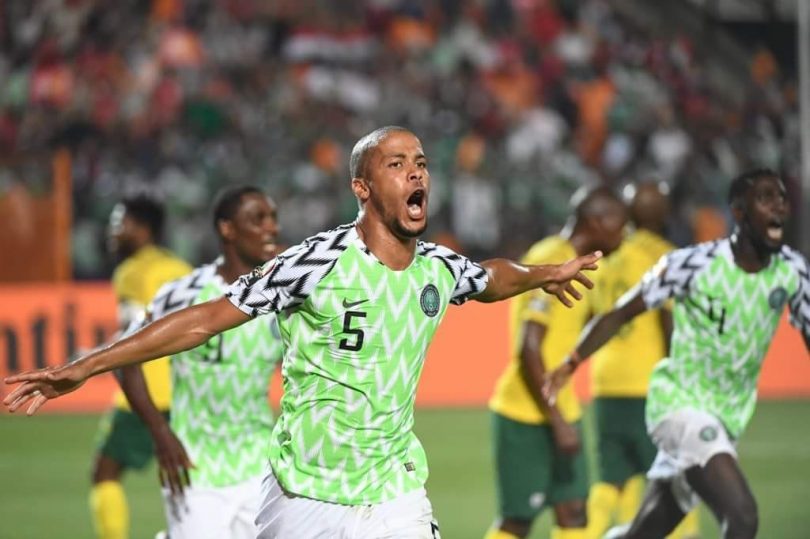 Super Eagles defender, Williams Troost-Ekong has expressed his excitement after his late winner saw the team advance at the Africa Cup of Nations (AFCON).

The Eagles defeated the Bafana Bafana of South Africa 2-1 in a frantic encounter to secure a semifinal spot at the ongoing tournament in Egypt.

With the scoreline levelled at 1-1 and the game heading to extra time, Troost-Ekong benefited from a late corner to score the winning goal.

The corner, taken by substitute Moses Simon, found the Italy-based defender running towards goal as he hit the ball past goalkeeper Ronwen Williams.

Samuel Chukwueze had opened the scoring in the 27th minute to put Nigeria ahead at halftime, before VAR awarded Bongani Zungu a goal that was initially cancelled for offside in the 70th minute.

The Gernot Rohr men will face either Cote d’ivoire or Algeria in Sunday’s semifinal.