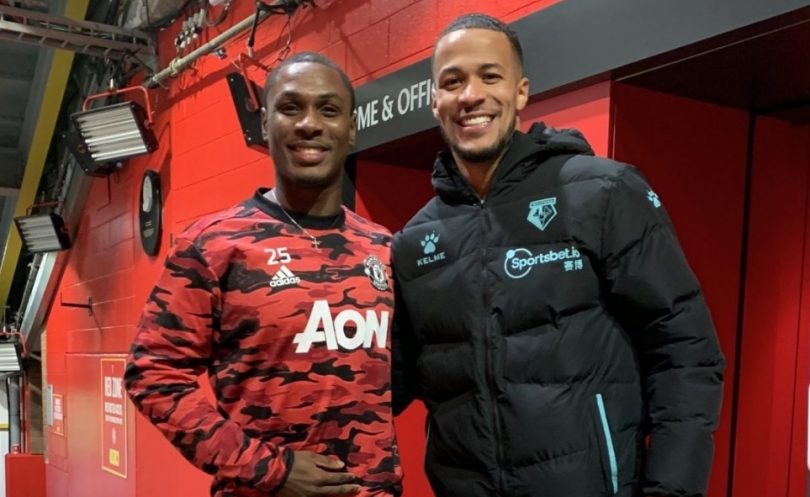 Both players met again after a long time at the Old Trafford where Watford played against Manchester United in the FA Cup third round.

“Great to see my big brother Odion Ighalo! Keep flying the flag for us,” Troost-Ekong tweeted on Sunday.

Troost-Ekong’s Watford fell to a 1-0 defeat to Ighalo’s United as the Red Devils advanced to the fourtg round of the competition.

While Ekong played for 76 minutes for his side, Ighalo was just an unused substitute for the Ole Gunner Solskjaer side on Saturday night.

Ighalo no longer plays for Nigeria as he announced his retirement from international football after the 2019 Africa Cup of Nations(AFCON) in Egypt.