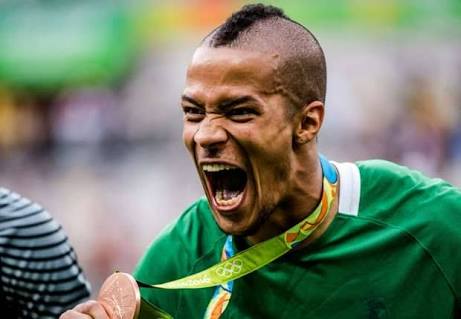 Super Eagles star William Troost-Ekong was sent off in Bursaspor’s 5-0 defeat to Galatasaray in a Turkish Super Lig encounter on Friday night.

The defender was shown a straight red on 38 minutes while his side were 1-0 down.

League leaders, Galatasaray, then made the advantage count as they thrashed their visitors and extended their winless run to six games.

Bafetimbi Gomis opened the scoring in the 11th minute, and completed his hat-trick with 72nd and 90th-minute strikes. Garry Rodriguez and Serdar Aziz were the other scorers.

With the win, Galatasaray moved to the summit of the table on 47 points while Bursaspor are 12th on 27 points in the 18-team first division league.

Troost-Ekong’s compatriots, Mikel Agu and Shehu Abdullahi, were also in action for Bursaspor.