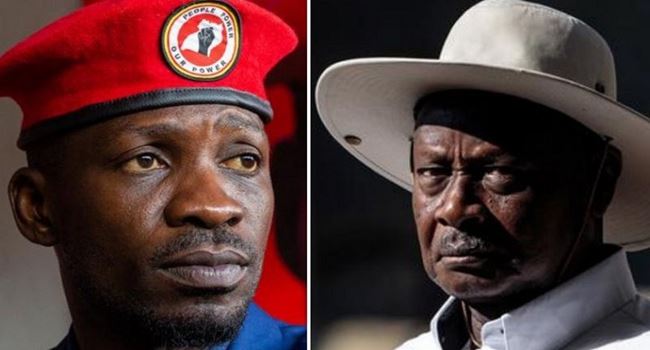 In a statement issued on Friday, Bobi Wine rejected as a “joke” early results that gave President Museveni a wide lead adding that the president is trying to paint a picture that he is in the race.

“We secured a comfortable victory,” Bobi Wine told reporters in Kampala, the capital. “I am very confident that we defeated the dictator by far,” Bobi Wine, whose real name is Robert Kyagulanyi Ssentamu, said.

“The people of Uganda voted massively for change of leadership from a dictatorship to a democratic government. But Mr. Museveni is trying to paint a picture that he is in the lead. What a joke!” he added.

According to preliminary results released by the electoral commission on Friday morning, Museveni has garnered 1,536,205 votes (65.02%), while his main rival Robert Kyagulanyi, popularly known as Bobi Wine, has 647,146 votes (27.39%) from 8,310 polling stations.

Reports say the full election results are not expected till Saturday in a country that has a total of 34,684 polling stations.