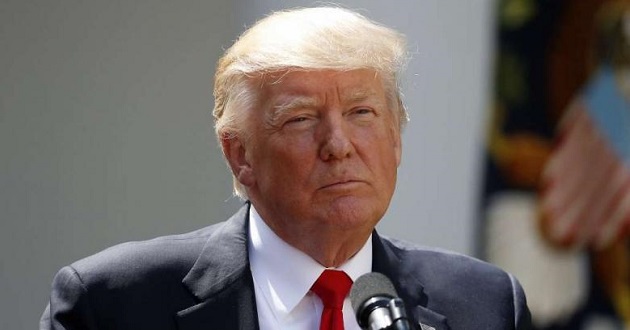 Controversial US President Donald Trump has apologised to UK Prime Minister Theresa May for seemingly blasting her Brexit plans.

He waved aside the furore over his withering public critique, blaming “fake news” and promising instead a bilateral trade agreement with Britain after it leaves the European Union in March.

The US President is also scheduled to attend a summit with Kremlin chief Vladimir Putin that could be overshadowed by accusations of Russian meddling in the 2016 U.S. election.

Hours ago, the ongoing probe of special counsel Robert Mueller into Moscow’s alleged interference in the 2016 US presidential vote yielded more results with the indictment of no less than 12 Russians.

Reports say 12 Russian military intelligence officers have been indicted for alleged interference in the 2016 US presidential elections, won by Republican Donald Trump.

The accused were part of “active cyber operations to interfere in the 2016 presidential elections”, Deputy Attorney General Rod Rosenstein told a press conference on Friday.

The indictment revealed that the 12 individuals hacked into computer systems of 2016 Democratic presidential candidate Hillary Clinton and the Democratic Party, stole information and then made the obtained documents public while working for the Russian GRU military intelligence service.

Wild protests erupt in Chicago after fatal shooting of blackman