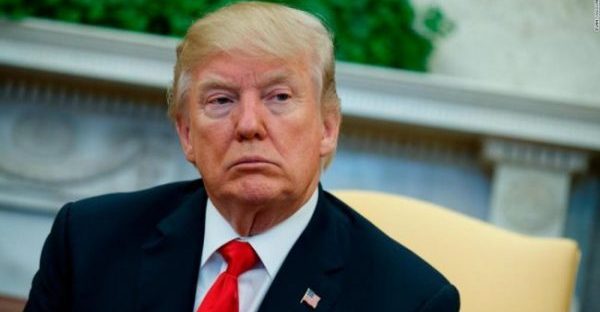 Controversial US President Donald Trump has fired another barb at those he perceives as enemies after claiming without proof that China hacked into the email of 2016 Democratic presidential candidate Hillary Clinton.

In a post on Twitter, Trump wrote; “Hillary Clinton’s Emails, many of which are Classified Information, got hacked by China. Next move better be by the FBI & DOJ or, after all of their other missteps (Comey, McCabe, Strzok, Page, Ohr, FISA, Dirty Dossier etc.), their credibility will be forever gone!” he tweeted a little after midnight on Wednesday.

The U.S. intelligence officials had earlier informed that Russia orchestrated the hacking of Democratic officials to meddle with the 2016 presidential election but Trump is singing a different tune.

Recall that months ago, a U.S. federal grand jury indicted 12 Russian intelligence officers in July on charges of hacking the computer networks of Clinton and the Democratic Party.