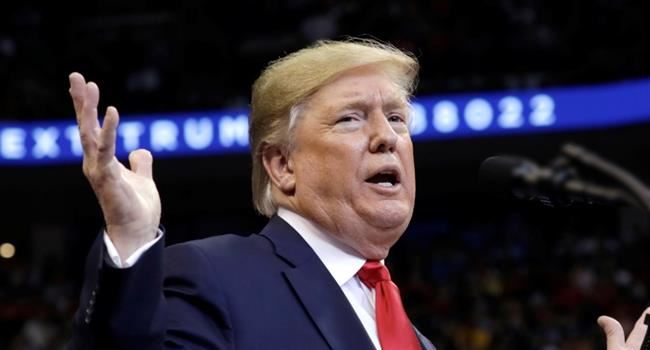 The President of the United States of America, Donald Trump has ordered his administration to begin the process of eliminating special U.S. treatment for Hong Kong to punish China for its imposition of a security law on the semi-autonomous nation.

Trump launched the attack on Beijing Friday, naming misdeeds that range from espionage to the violation of Hong Kong’s freedoms, and announced a slew of retaliatory measures that will plunge US-China relations deeper into crisis.

“They’ve ripped off the United States like no one has ever done before,” Trump said of China, as he decried the way Beijing has “raided our factories” and “gutted” American industry, casting Beijing as a central foil he will run against in the remaining months of his re-election campaign.

Mr Trump said that he no longer considered Hong Kong to be separate from China but stopped short of an immediate end to the territory’s cherished privileges that have helped it remain a global financial center.

“China has replaced One Country, Two Systems with One Country, One System”, Mr Trump told reporters in the White House’s Rose Garden, in a prepared statement that attacked China on several fronts.

“This is a tragedy for Hong Kong… China has smothered Hong Kong’s freedom,” he said.

Mr Trump said sanctions would be imposed on Chinese and Hong Kong officials who were believed by Washington to be involved in eroding the territory’s autonomy. He did not outline what form these sanctions would take.