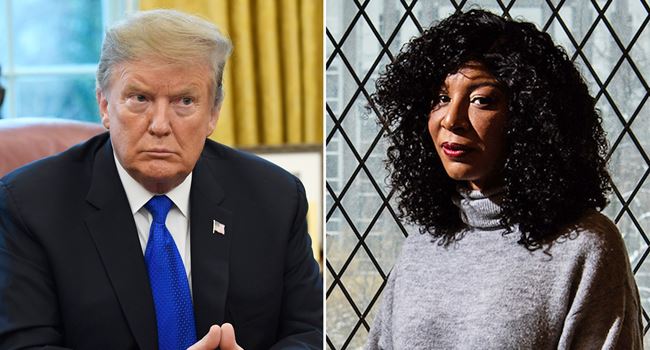 Alva Johnson, a former campaign aide for US President Donald Trump has said a video which has been circulating on social media proves her claim that he “violated her without consent’.

Trump was filmed kissing campaign aide Alava in the video captured in 2016 backing her claim after she first came forward in February this year to announce she was suing the president over the alleged incident.

She told the Washington Post at the time that Mr Trump was with her at a rally in Florida in August 2016 when he went in to kiss her without warning. She said she managed to turn her head in time so his lips only hit the side of her mouth.

“I immediately felt violated because I wasn’t expecting it or wanting it,” she told the newspaper.

However, in a bid to douse the effect of the recent video, lawyers for Mr Trump have released a short 15-second counter video which they claim shows Ms Johnson’s accusations are baseless.

In the short clip Mr Trump can be seen amid dozens of campaign staff leaning in and kissing the side of Ms Johnson’s face while he also shakes her hand in a friendly manner.