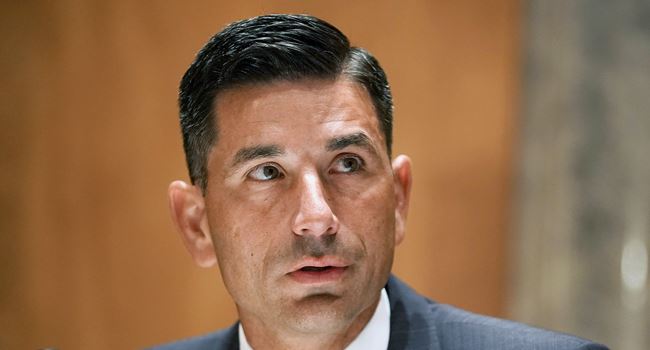 The acting Homeland Security Secretary, Chad Wolf has unexpectedly resigned from his position as fears continue to rise over more possible violence during President-elect Joe Biden’s inauguration which is coming up next week.

Wolf who announced his decision on Monday night cited a legal challenge to his leadership as a reason for his resignation, which had surfaced months ago.

He said that he was compelled to leave by “recent events,” including court rulings that found he could not legally hold the position. He did not specify the other events or cite other factors.

“These events and concerns increasingly serve to divert attention and resources away from the important work of the Department in this critical time of a transition of power,” he said in a written message to Department of Homeland Security (DHS) employees.

“For months we have known Chad Wolf has been serving illegally in his position, so the timing of his resignation from the Department today is questionable,” said Rep. Bennie Thompson, the chairman of the House Homeland Security Committee. “He has chosen to resign during a time of national crisis and when domestic terrorists may be planning additional attacks on our government.”

Mother of slain youth in Imo cries for justice