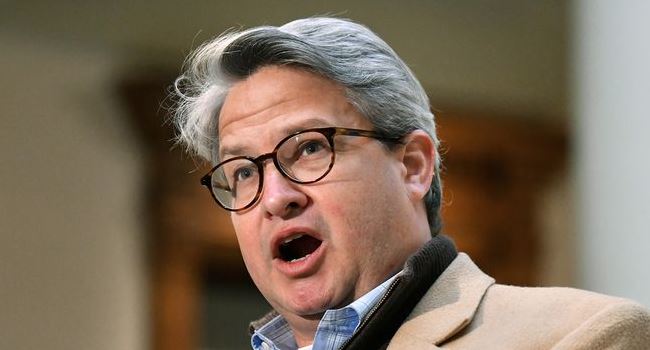 A top Republican elections official, Gabriel Sterling has described the phone call put through by outgoing US President, Donald Trump in his attempt to overturn election results as ‘not normal’.

Sterling was reacting to a recording in which President Trump was heard pressuring Georgia’s secretary of state to “find” enough votes to give him the victory over President-elect Joe Biden.

“It’s not normal, out of place, nobody I know who is president would do something like that to a secretary of state,” Georgia voting systems implementation manager Gabriel Sterling, a Republican, told reporters Monday.

Trump had ordered Georgia’s top election official to ‘find 11,780 votes’ and recalculate the state’s presidential election results in his favour, in a leaked call obtained by Washington Post on Sunday.

In the call embattled Trump told Republican Secretary of State Brad Raffensperger that; “So look. All I want to do is this. I just want to find 11,780 votes, which is one more than we have because we won the state.”