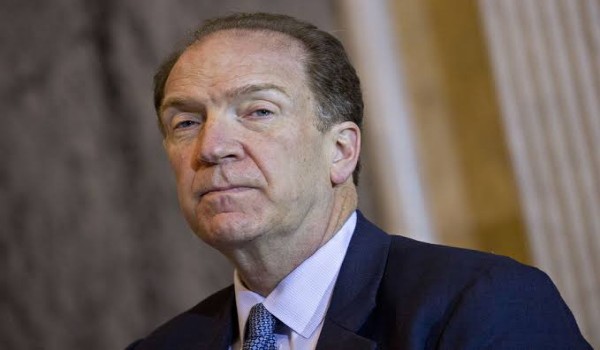 Malpass’ five-year term will begin on April 9, replacing former President Jim Yong Kim, whose surprise departure in February came not even halfway through his second term.

According to the group’s statement on Friday, the selection of Malpass followed an open, transparent nomination process as agreed in 2011

The group said “thorough due diligence and a comprehensive interview of Mr. Malpass by the Executive Directors followed the nomination.

Despite the fact that since the bank’s creation following World War II, all of its presidents have been American men, the bank inists that any national of the Bank’s membership could be proposed by any Executive Director or Governor through an Executive Director.

The World Bank Group in its statement also expressed the Board’s gratitude to Interim President, Kristalina Georgieva, for her dedication and leadership in recent months.

It looked forward to working with Mr. Malpass on the implementation of the Forward Look and the capital package agreement as articulated in the Sustainable Financing for Sustainable Development Paper.