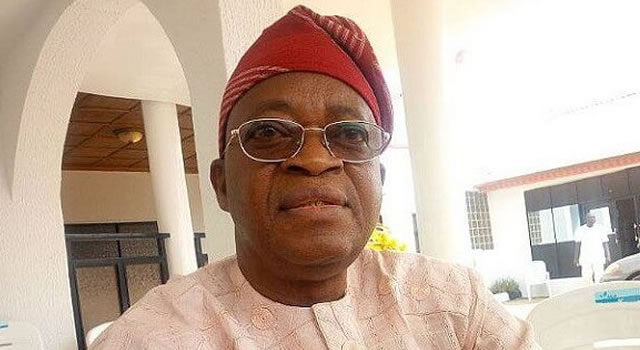 Governor Gboyega Oyetola of Osun State has described the ruling of the Appeal Court that upheld his election as the Governor of the State as victory over falsehood.

Oyetola on Thursday enjoyed the decision of a five-man panel of the Appeal Court led by Justice Jummai Sankey who dismissed the ruling of the governorship election petition tribunal that declared the candidate of the Peoples Democratic Party (PDP), Senator Ademola Adeleke as winner of the September 2018 gubernatorial election in the state.

In a statement by his Chief Press Secretary, Adeniyi Adesina, the Governor expressed appreciation to the people of the state who entrusted him with their votes.

The statement said, “We give praise to Almighty God for today’s victory at the Court of Appeal sitting in Abuja.

“The victory has validated the mandate you freely gave to us on September 22 and 27, 2018.

“You spoke with conviction; your voice and choice are clear to the world, and the judiciary, the last hope of the people and arbiter of the truth, has proved to the world that it is always on the side of justice.

“After months of uncertainty and wait in judicial wilderness, truth has finally prevailed over falsehood and the voice of the majority has ultimately gained dominance over the phoney manipulation of an unscrupulous minority.

“This victory has proved to all and sundry that there is a limit to the extent falsehood and propaganda can thrive over truth and the will of the people.

“I would like to thank you all, the good people of The State of Osun, for your robust support and steadfastness throughout the needless periods of political travail and tribulation.

“I am persuaded by your indisputable mandate and the sound judgment of the Court of Appeal, that the road to ultimate victory is smooth and unshakable.

“My Administration took off on a note of equitable and quality service delivery to you the people. That resolve is on course.

“I urge you all to be peaceful and to go about your legitimate businesses as we revel in this well-deserved victory,’’ he said.