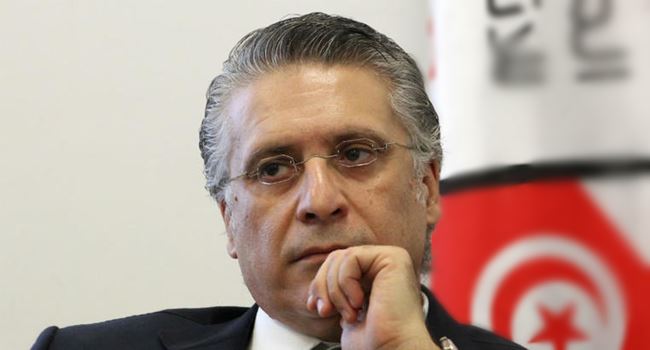 The travails of jailed presidential candidate, Nabil Karoui continues as a court in Tunisia has refused to rule on a request to release the embattled politician.

According to his lawyers, Karoui, 56, who was detained last month on charges of money laundering and tax fraud is due to take part in a presidential run-off in October.

“The judge has refused to give a ruling, saying it was not in his jurisdiction,” Mr Karoui’s lawyer, Kamel Ben Messoud said.

However, Karoui who began a hunger strike earlier this month to demand his freedom, was still able to stand for election despite his arrest but he was not allowed to vote.

Detained Karoui (a media mogul) and another political outsider, Kais Saied, saw off a crowded field of 24 other candidates in the first round of voting on Sunday.

Reports say the ongoing election in Tunisia is the second free presidential poll since the 2011 uprising that toppled ex-President Zine al-Abidine Ben Ali and sparked the Arab Spring.

Churches are not business centres, cleric tackles Osun govt over plans to tax them