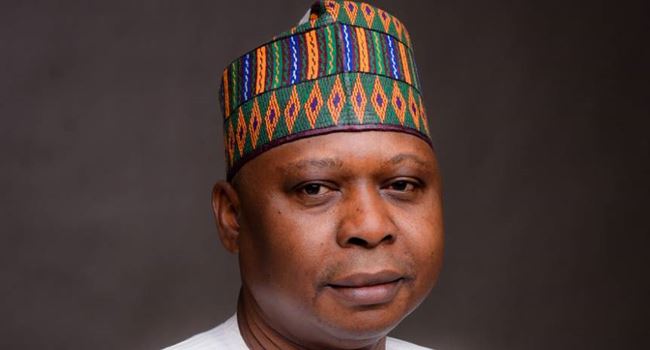 One Vincent Odafe, the fifth prosecution witness in the trial of a former Minister of Special Duties and Intergovernmental Affairs, Taminu Turaki, for alleged N714.6 million fraud at the Federal High Court, Abuja, on Monday.

The Economic and Financial Crimes Commission (EFCC) arraigned Turaki and his special assistant, Sampson Okpetu, on a 16-count charge of fraud and misappropriation to the tune of N714.6 million.

Other defendants in the case are – Samtee Essentials Limited and Pasco Investment Limited.

Under cross-examination by the defence counsel, Joe Kyari Gadzama (SAN), Odafe, who was a director of finance and administration in the ministry, denied being coerced into giving evidence against Turaki by the EFCC.

He said the former minister breached regulations in handling the ministry’s finances.

According to him, Turaki’s approval ceiling was up to N1 billion if he goes through the Ministerial Tenders Board but he made such approval by ignoring the board.

Odafe also insisted that he did not give financial inducement to the EFCC’s investigative officer, Belloji Hamma Adama.

He added that the officer never approached him for a bribe.

Upon cross-examination by the third defence counsel, Abdulazeez Ibrahim, the witness said he has so far refunded N35 million through the EFCC out of his share of N45 million from an N80 million contract in the ministry.