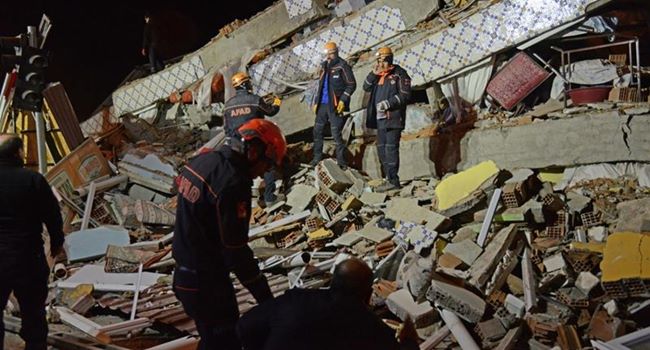 The President of Turkey has slammed the ‘propaganda’ on lack of preparedness after a Magnitude 6.8 quake hit Elazig and Malatya provinces, killing 29 and injuring more than 1,000.

Erdogan who visited the hardest-hit areas and attended the funeral of a mother and son killed in the quake warned people against repeating “negative” hearsay about the country being unprepared for earthquakes.

Search and rescue efforts are currently under way after the powerful earthquake struck eastern Turkey on Saturday, initially killing 26 people and injuring more than 1,100 others, but the death toll increased to 29 hours later after the quake, local officials revealed.

At least 40 people have been rescued from collapsed buildings. Health Minister Fahrettin Koca said around 1,103 people were injured, with 34 of them in intensive care but not in critical condition.

Some 30 buildings also collapsed in the two provinces, according to Murat Kurum, the environment minister.

Related Topics:earthquaketurkeyTurkey earthquake
Up Next

Will Burna Boy win the Grammy? Does Davido have a 4th babymama? All the trending gists you don’t want to miss