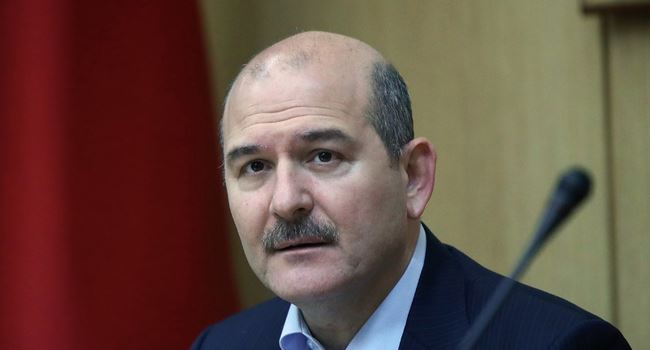 Turkey’s President Recep Tayyip Erdogan has rejected the resignation of his Interior Minister Suleyman Soylu who threw in the towel over a much criticised last-minute weekend curfew across major Turkish cities to tackle the coronavirus outbreak.

Authorities declared the 48-hour curfew in dozens of cities shortly before 10 pm on Friday, giving millions of people just two hours’ notice and prompting a wave of desperate last-minute buying.

“The incidents that occurred ahead of the implementation of the curfew were not befitting the perfect management of the outbreak,” Interior Minister Suleyman Soylu said in statement on Twitter in which he said he was resigning.

“May my country, which I never wished to hurt, and our president, to whom I will be faithful all my life, forgive me,” Soylu added.

However, Erdogan, judged it was not “appropriate” for Soylu to resign and the minister would continue in his position, the presidency said shortly afterwards.

The opposition Republican People’s Party (CHP) said the way the lockdown was announced had undermined efforts to contain the coronavirus outbreak in Turkey, which has registered 50,000 cases.

“A decision that needs to be taken for public health became a threat to public health due to lack of planning,” CHP spokesman Faik Oztrak said. “The sacrifice of people self isolating for days has been wasted.”