Turkey moves to avert effects of US sanctions | Ripples Nigeria 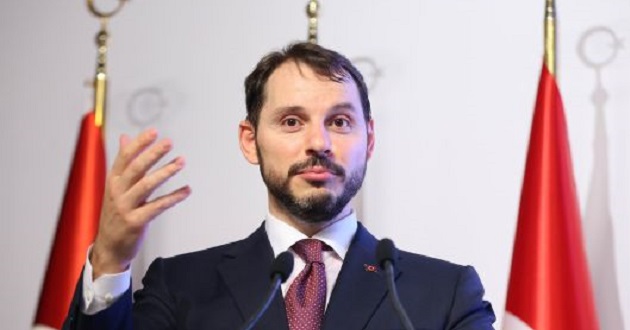 The government of Turkey has noted that it is about to implement a plan that will ease investor concerns despite the imposition of sanctions on it by the US.

According to Finance Minister Berat Albayrak, the government will begin to implement the economic action plan on Monday.

In an interview with Hurriyet newspaper published online, Albayrak described the lira’s weakness as “an attack,” echoing President Tayyip Erdogan – who is his father-in-law – and said the action plan was ready.

“From Monday morning onwards our institutions will take the necessary steps and will share the announcements with the market,” Albayrak said, without giving details on what the steps would be.

The implementation of the economic plan is coming at a time when the Turkish lira plunged to a new record low in early Asia Pacific trade.

Days ago, President of Turkey Recep Tayyip Erdogan told those who cared to listen that the US is attacking his country’s economy after Donald Trump announced a doubling of steel and aluminum tariffs on Ankara.

The move by Trump which has seen the country’s currency go into a tail-spin is reportedly piling economic pressure on the NATO ally (Turkey).