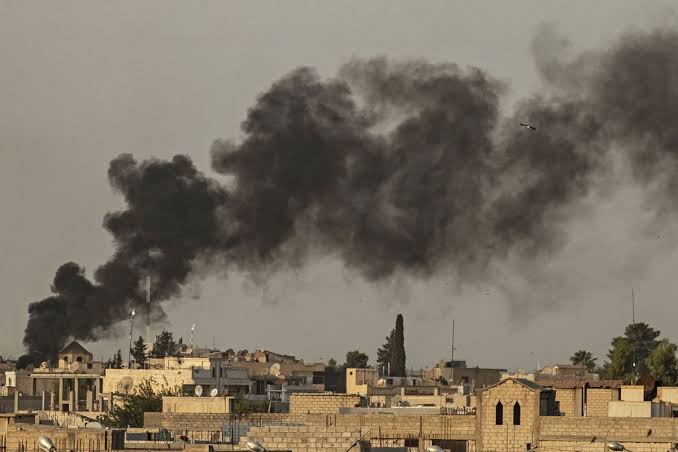 Turkey, on Wednesday, embarked on massive bombardment of parts of North-Eastern Syria in offensive likely to lead a faceoff with Kurdish-led allies of the United States.

According to President Recep Erdogan of Turkey, the operation was to create a “safe zone” cleared of Kurdish militias which will also house Syrian refugees.

According to Kurdish-led Syrian Democratic Forces (SDF), at least two civilians have been killed in the strikes.

The SDF, which vowed to resist any Turkish advance across the border, asked the US and the coalition against the jihadist group, Islamic State (IS) to establish a no-fly zone in the area to stop “attacks on innocent people”.

The Kurds – key US allies in defeating IS in Syria – guard thousands of IS fighters and their relatives in prisons and camps in areas under their control and it is unclear whether they will continue to be safely detained.

Turkish ground forces have been massing on the border.

The offensive was launched just days after President Donald Trump controversially withdrew US troops from northern Syria, a decision announced after a phone call with President Erdogan that sparked widespread criticism at home and abroad.

Taking to his Twitter handle, President Erdogan said the mission “was to prevent the creation of a terror corridor across our southern border, and to bring peace to the area”, adding that it would “preserve Syria’s territorial integrity and liberate local communities from terrorists.”