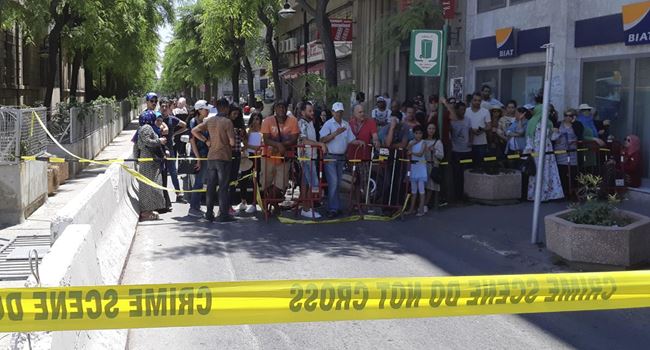 Aljazeera reported that one attacker detonated explosives in a busy commercial district near the French embassy shortly before 11a.m., apparently targeting a police patrol.

One of the officers died from his injuries, and another was injured along with three bystanders.

Nearby at the same time, a second bomber struck at an entrance to the anti-terrorism brigade on the outskirts of the city. Four officers were hospitalized with injuries.

Tunisia has been struck repeatedly by terror attacks. In October a female suicide bomber struck the city center, killing only herself.