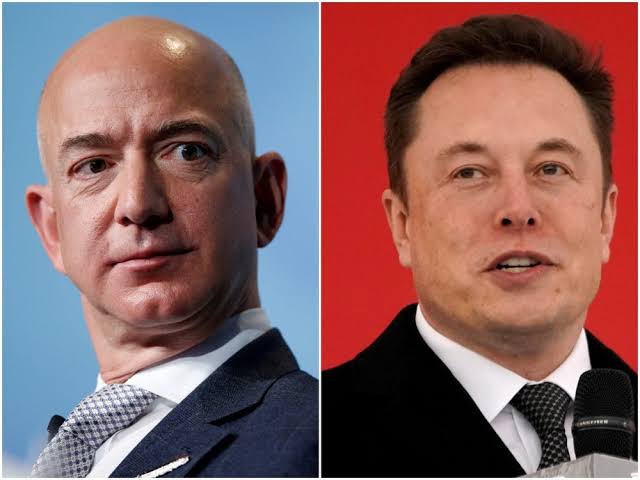 The subtle confrontation between the two richest men on earth, Jeff Bezos and Elon Musk, may have nosedived into a proxy battle, as Washington Post, owned by the former, published an article aiming an arrow at the Tesla boss.

On Monday, reports circulated that Musk had acquired 9.2% stake in Twitter, a surprising move, considering Musk had hinted that he was considering creating his own social media platform, in a bid to promote free speech, an area he insinuated Twitter was lagging in.

But while the capital market greeted the news with positive embrace, his acquisition of the Twitter share, met with disapproval from Timothy L. O’Brien, a senior columnist for Bloomberg Opinion, who wrote the article “Elon Musk’s Twitter Investment Could Be Bad News for Free Speech.” published on Washington Post on Tuesday.

The article threw a few digs at Musk, one of which was the billionaire parading himself as “speech absolutist” when he “isn’t absolutely in favor of free speech”. The acquisition was also described as a “piece of performance art from Musk.”

READ ALSO: Elon Musk joins Twitter board: What this means for users and shareholders

Responding to the article late Tuesday – when it was shared on Twitter by Marc Andreessen, the co-founder of Silicon Valley-based venture capital, a16z – Musk mocked the media company, “WaPo (Washington Post) always good for a laugh.”

Musk clapback at Washington Post doesn’t come as a surprise as the world’s richest human has been at loggerheads with Bezos through their space companies, as they compete to commercialise space travel.

Bezos owns space firm, Blue Origin, while Musk is the founder of SpaceX. In November last year, Musk had won a case filed by Bezos’ firm over a contract NASA awarded to the Tesla boss after initially scouting both to execute the $2.9 billion contract.

He had won the contract in August 2021. After the lawsuit was filed, Musk stated, “if lobbying and lawyers could get you to orbit, Bezos would be on Pluto right now”.

This mockery is one of many which Musk had shot at Bezos’ companies.