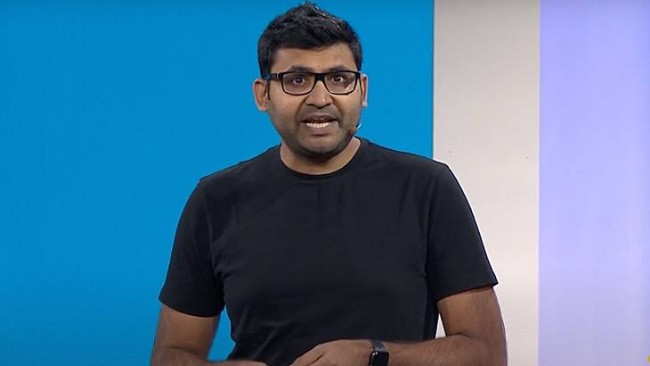 The Chief Executive Officer (CEO) of Twitter, Parag Agrawal, has revealed that the social media platform locks millions of accounts each week, in a bid to crackdown on spam and bot accounts.

Agrawal, in a statement made on Monday, via his Twitter page, said detecting spam accounts is difficult, as some Twitter handles that looks like bot accounts are actually operated by a human.

He made this known amid concerns by Elon Musk, the incoming Twitter owner, on bot accounts, which the billionaire vowed to eliminate when he finally acquires the social networking site.

Recall that Ripples Nigeria had previously reported that Musk suspended the acquisition process over the spam accounts, stating that the acquisition will happen when Twitter probes and confirms the percentage of bot accounts in its total users.

He disclosed that during the clean up, some spam accounts slip under the radar or are not detected, but about 500,000 spam accounts are suspended.

This is done in order to reduce or eradicate the spam or bot accounts which makes up of about 5% of the over 200 million monetised daily active users (mDAU).

Explaining the negative impact of spam account, Agrawal stated, “spam harms the experience for real people on Twitter, and therefore can harm our business. As such, we are strongly incentivized to detect and remove as much spam as we possibly can, every single day. Anyone who suggests otherwise is just wrong.”

He described spam accounts on Twitter as “sophisticated” and admitted they are “hard to catch.”, as the creators of the spam accounts change tactics once their method has been discovered.

“Fighting spam is incredibly *dynamic*. The adversaries, their goals, and tactics evolve constantly – often in response to our work! You can’t build a set of rules to detect spam today, and hope they will still work tomorrow. They will not.”

It was gathered that Twitter uses human verification challenges such as captchas and phone verification, amongst others to detect the spam accounts, but this is not enough, as, “many accounts which look fake superficially – are actually real people.

“And some of the spam accounts which are actually the most dangerous – and cause the most harm to our users – can look totally legitimate on the surface.” part of the statement reads.

He furthered stated that, “Our team updates our systems and rules constantly to remove as much spam as possible, without inadvertently suspending real people or adding unnecessary friction for real people when they use Twitter: none of us want to solve a captcha every time we use Twitter.

“Now, we know we aren’t perfect at catching spam. And so this is why, after all the spam removal I talked about above, we know some still slips through. We measure this internally. And every quarter, we have estimated that <5% of reported mDAU for the quarter are spam accounts.

“Our estimate is based on multiple human reviews (in replicate) of thousands of accounts, that are sampled at random, consistently over time, from *accounts we count as mDAUs*. We do this every quarter, and we have been doing this for many years.” He wrote.

Ghana’s CarePoint secures $10m bridge round to scale venture. 1 other story and a trivia.