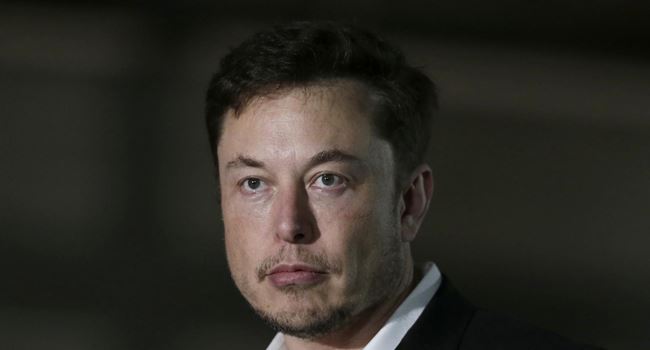 Twitter has began to experience the effect of having billionaire, Elon Musk, as one of its investors, as the microblogging site reported the Tesla founder will not join its board after some conditions were tabled before him.

Ripples Nigeria had reported last week that Musk was set to join Twitter’s board, having acquired the largest share in the social media platform – his appointment was to be effective on April 9, 2022, but Musk rejected the board offer.

Did condition force Musk to reject board offer?

In a statement on Monday, revealing Musk’s decision, Twitter CEO, Parag Agrawal, said a condition was given to the billionaire in respect to the board offer, which is for him “to act in the best interests of the company and all our shareholders.”

Agrawal also stated that the SpaceX founder would be subject to a background check leading to his formal acceptance, but following the conditions tendered, Musk decided not to join the board.

Why the conditions to Musk?

The richest man in the world is known to make statement that affects the stock of his firm, Tesla. On May 1, 2020, Musk questioned the value of Tesla share, stating that it was too high, “Tesla stock price is too high imo.” he tweeted on Twitter.

This unprovoked statement plummeted price of Tesla stock by 11.5%, down to $692.14, in hours of its opening in the stock market, as shareholders engaged in profit-taking before the bears devalued their investment.

Musk often posts shocking tweets that usually rocks the stock market in US, and Tesla shareholders have been at the receiving end, with one investor suing him after the tweet cost shareholders $13 billion.

One of his tweet in 2018, hinting that he has secured funds to take Tesla private, even though he hadn’t, also cost him and Tesla $20 million each after U.S Securities and Exchange Commission (SEC) fined both parties – this has compelled SEC to monitor Musk’s tweets, and ensure it doesn’t violate rules or manipulate the stock market.

So Twitter trying to bring Musk under its internal oversight is not surprising, as he has questioned some of the microblogging platform’s decisions through memes and tweets.

Read also: Elon Musk to roll out electric Cybertruck next year. 1 other thing and a trivia

He questioned Twitter’s handling of free speech on the platform, condemned Twitter’s nosedive into NFT, asking if Twitter algorithm should be open source, hinted on creating a competing platform, and went as far as portraying Agrawal as former USSR leader Joseph Stalin – who is known for censoring free speech – and picturing Twitter founder, Jack Dorsey, as Russian secret police official, Nikolai Yezhov; who was killed by Stalin, as he was labelled enemy of State.

However, despite the cost of Musk’s tweet, Tesla’s management are unable to keep the billionaire in check, and Twitter seems to be borrowing a page from the automaker’s book, to avoid the same situations – But Musk seems not to be having it or ready to be tamed.

Musk will still have an input outside board

Despite his rejection, Agrawal told investors and the public that Musk will continue to have a say in the company, as “We have and will always value input from our shareholders whether they are on our Board or not.

“Elon is our biggest shareholder and we will remain open to his input.” The Twitter CEO wrote in the statement, while warning that, “There will be distractions ahead, but our goals and priorities remain unchanged.”

He added, “The decisions we make and how we execute is in our hands, no one else’s. Let’s tune out the noise, and stay focused on the work and what we’re building.”