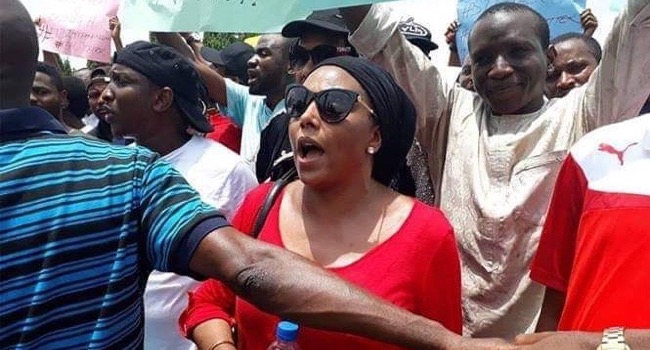 In what can be described as an appalling and disturbing tweet, a man identified as Addulrahaman Yahaya has lashed out at a popular journalist Kadaria Ahmed by threatening to kill her for allegedly converting to Christianity.

Yahaya, who tweets with the handle, @cardinalabdul, made the comment on Thursday morning after Kadaria described AbdulAziz Yari, Governor of Zamfara State, as “the most useless Governor in the history of Nigeria.”

In one tweet, he described Kadaria as the most idiot, selective, undesirable journalist in the history of Nigeria.’’

“I have reported this account for threatening my life even as I refused to dignify his allegation with a response. No one should have the right to call for anyone’s death. If anything happens to me, this is the man to hold.”

Read also: NAF reacts to reports it bombarded innocent civilians instead of bandits, challenges anyone to produce evidence

However, Kadari’s immediate younger sister and wife of Nasir el-Rufai, the Governor of Kaduna State, Asia Ahmad El-Rufai who spoke to journalists said:

“Kadaria has never been a Christian; nobody in my family is a Christian. She has always been a Muslim. She is still a Muslim; she has never for one moment converted to another religion.

“What is happening is that when you tell people who they are, and they know this is the truth about themselves, they always want to get back at you. And if they can’t get back at you directly, they try to instigate other people to do the dirty job for them.

“Kadaria is a Muslim; she was born into a Muslim family; she is a direct descendant of Shehu Usman dan Fodio. She has never and would never change her religion. As far as we are concerned, it doesn’t even matter what religion one follows. She married someone who is from a Christian family, but he had to convert to Muslim before the consent was given to her to marry him; he became a Yusuf. He became a Muslim before he was allowed to marry her.”

Asia also added that Kadaria’s family was consulting with lawyers.